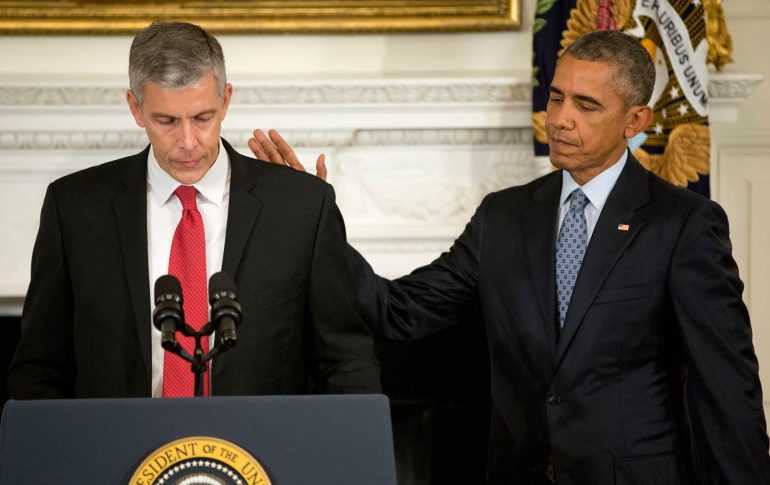 Opposition to the Common Core Standards and the tests tied to them is rising, as a recent Wall Street Journal article (May 6) underlined. Approval for Common Core is now languishing at a mere 17 percent while disapproval has shot up to 40 percent. The article continues: “This year hundreds of thousands of students across the country are boycotting Common Core aligned state exams, and this so-called opt-out movement has been growing. Preliminary estimates are that between 150,000 and 200,000 students skipped New York state’s mandatory English exams last month, up from the 49,000 in 2014.”

The concept of Common Core standards should not be rejected outright. The positive intention behind them is to set the same high standards across the country in order to inspire both teachers and students to attain higher proficiency. Unfortunately, this undertaking has been corrupted each step of the way.

Excellent teaching is surely an art, requiring not only a love of rationality in general, but the love of a particular field of expertise more specifically, and an ability to communicate clearly. Even more, however, it requires a love of one’s students. Excellent teaching only emerges when all these elements are properly mixed together. Like some magic brew, good teaching percolates up as the result of some unanticipated interaction between teacher, students, and the learning process. It does not lend itself to mechanization, nor can it be coerced. Yet these are exactly the preferred weapons of Secretary of Education Arne Duncan when introducing policies into our public schools.

In launching the Common Core, for example, Duncan did not give inspiring speeches with compelling rationality in favor of the high Common Core standards in order to win the enthusiastic approval of school administrators and teachers across the country. There was no love lost here. Instead, the introduction of the Common Core took the form of blackmail: If states do not adopt the Common Core, they lose out on desperately needed federal funding. Accordingly, 45 states initially signed on, although now many are having second thoughts.

Consistently on a campaign of coercion, Duncan insisted that the Common Core be tied to high-stakes standardized tests that would purportedly measure the students’ mastery of these standards. Teachers’ continued employment and salary would then be largely based on their students’ scores, while students would be held back if they lacked acceptable proficiency.

Admittedly, test scores might provide some helpful information about the students’ level of achievement. But basing teachers’ employment and salary on student test scores defies rationality. As Joe Nocera noted in The New York Times, “Going back to the famous Coleman report in the 1960s, social scientists have contended – and unquestionably proved – that students’ socioeconomic backgrounds vastly outweigh what goes on in the school as factors in determining how much they learn.” Basing teachers’ continued employment on their students’ test scores amounts to blaming the teacher for their students’ poverty and blaming the teachers for their under-funded schools and overcrowded classrooms. But lacking convincing arguments in favor of the significance of test scores, Arne Duncan once again turns to coercion and threatens to withhold funding if schools fail to link teachers’ terms of employment to them.

It is no wonder that Arne Duncan is also aggressively pushing charter schools – they seem to embrace the same perverted educational philosophy as Duncan himself. The New York Times (April 6, 2015), for example, conducted an investigation into New York City charter schools run by Eva Moskowitz – the darling of hedge-fund managers – where students seem to be performing well on standardized tests. But the pedagogic techniques were horrific. Students who performed poorly were publicly humiliated, all students were required to sit with military-style posture, students were routinely bribed with candy and prizes, and the teaching was overwhelmingly aimed at preparing students to take the tests. Not surprisingly, teacher turnover is quite high.

Yet this kind of regimen will not create critically thinking students who draw their own conclusions and who become life-long learners prepared to meet life’s complicated challenges. In fact, there is little evidence that the “skills” students learn in this way will aid them in any way in their academic or vocational pursuits.

While the Wall Street Journal article naively regards these standardized tests as “objective measures” of a student’s performance, no test can claim objectivity. First, the questions selected on the test are a reflection of the values of those who create the test, and this includes their cultural biases as well. Secondly, some of the questions are poorly formulated. One parent who got a glimpse of a test described one of the questions, undoubtedly with some exaggeration, in this way: “Tommy had 5 goldfish; he gave 3 away. How many dogs are in Paris?”

The SAT exam is a good example of the value-based nature of the questions. The exam is notorious for testing students on arcane vocabulary, it incorporates trick questions that can only be deciphered by those who have been trained in SAT test-taking, and the scoring is skewed in the direction of exaggerating the differences among students, when in fact differences are miniscule (The New York Times, May 4, 2015). In other words, it deviates from testing the skills that will be relevant to a student’s academic career and life vocation and instead veers in the direction of creating a self-serving appearance that the exam significantly distinguishes among students’ abilities.

With parents gaining increasing awareness that high-stakes testing is not in their child’s interests and choosing to boycott the test instead, Arne Duncan is once again challenged to respond. And like a dullard who keeps repeating the wrong answer, Duncan once again is turning to coercion. According to The Wall Street Journal article, “Mr. Duncan told an education conference in April that if the boycott numbers continue to rise, ‘then we have an obligation to step in.’” This was later clarified to indicate that the Obama administration might “withhold federal funding for districts with test-participation rates below 95%.”

As long as the people in charge of public education are incapable of promoting their policies by means of rational argumentation but resort to tactics of coercion, our schools will continue to be pushed in the wrong direction, unfortunately at the expense of students and teachers. Undoubtedly, politicians will eventually be compelled by the evidence and growing opposition from students, parents and teacher unions to concede that their tactics have failed, just like they have been compelled to concede that the policy of mass incarceration that they have pursued for decades has been a massive failure.

What’s At Stake in Privatizing Education