Inauguration Day and Beyond 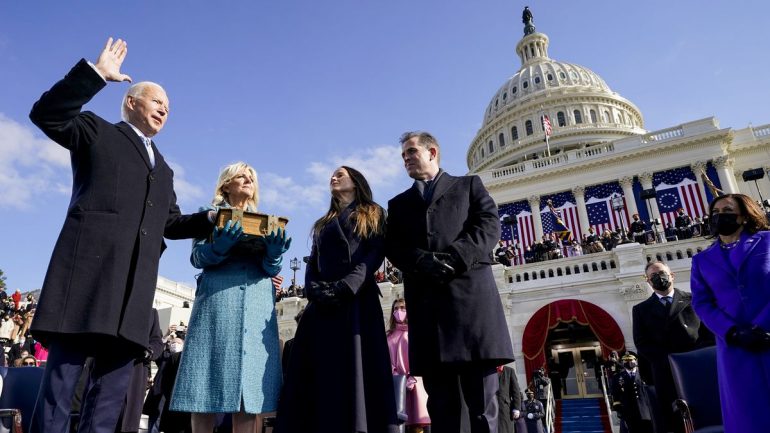 January 20th is set to be a historic day. It’s likely to be the biggest inauguration protest in world history, where millions of people will challenge the Trump regime in the streets. The following day will also be a national day of protest, where women’s marches are scheduled across the country. The Washington D.C. women’s march is expected to attract hundreds of thousands of people.
If they’re as big as expected, the protests will deliver a powerful vote of “no confidence” in Trump, who lost the popular vote by three million. The shock of Trump’s victory has pushed millions of people into political action for the first time. The revolutionary potential of this is immense, and can be easily underestimated.
The inauguration protests serve as an implicit warning that if Trump’s agenda is pursued, he should expect massive resistance every step of the way.  The younger generation has not been politically demoralized, and doesn’t buy into the establishment rhetoric that “protests don’t work.”
The anti-Trump protests that erupted post-election day and have continued show that broader layers of the U.S. population are becoming politically radicalized, willing to mobilize in opposition to the U.S. government. Until recently, protest was reserved for a small group of fringe radicals. This transformation of a broader layer of people from passive observers to having political agency lays the foundation of a powerful social movement, if it continues past inauguration.
One organizer of an inauguration protest was quoted as saying, correctly, “There has been a radical shift in the thinking of millions of people and a shift in what they are willing to do…”
The potential in average people becoming agents in social life is the first precondition of a revolutionary movement, and the most important precondition of revolution in general.

As Vijay Prashad says in his excellent book, “The Death of The Nation and the Future of the Arab Revolution:”

“… revolts become revolutionary when the apolitical sections join the struggle — a point that can neither be properly calibrated nor properly encouraged.”

Lastly, the late John Berger said in his “The Nature of Mass Demonstrations:”
“The truth is that mass demonstrations are rehearsals for revolution: not strategic or even tactical ones, but rehearsals of revolutionary awareness. The delay between the rehearsals and the real performance may be very long… The larger the demonstration, the more powerful and immediate (visible, audible, tangible) a metaphor it becomes for their total collective strength.”
If the mass protests on January 20th and 21st inspire others to protest and draw in broader layers of people into social activity, then they will have succeeded. If the organizers of these protests coordinate with others on an ongoing basis, the potential for a powerful ongoing wave of protests will have been met.
A social movement is dangerous to any government, since it exposes unpopularity of politicians, and challenges the strength of the government. If mass demonstrations are truly gigantic, they pose a “problem” for big business, as the arteries of the city are shut down and businesses are forced to close. The overall functioning of a city can be stalled, or ground to a halt in a de facto general strike. Police become powerless in these circumstances.
Protest movements inevitably draw new demographics into action. The student movement has already been actively organizing against Trump, and a national day of protest for immigrants was successfully held on January 14th. Labor unions along the west coast and beyond are organizing their own anti-Trump protests during inauguration weekend.
Social movements also empower the media and celebrities to speak out, helping the energy bleed into all areas of social life where songs are sung by pop singers while professional athletes disrupt professional sports games to engage with the movement. It becomes more and more obvious that the targeted regime is isolated and weak, incapable of following through with threats.

The movement inevitably seeps into the military, where enlisted soldiers have family in the streets protesting while the issues are being discussed on social media. Most soldiers don’t join the military to serve a Commander in Chief that is a national joke. Their loyalty to such a president has its limits, as exhibited by the powerful documentary Sir No Sir, about active duty soldiers resisting the Vietnam War.

Eventually religious and “apolitical” community organizations are pulled into the movement, the final stage where the victory of the social movement seems inevitable.
Such a vision can be manifested in a united front against Trump’s agenda. If regular protests are scheduled on an ongoing basis, then space will be open to those who find themselves in Trump’s crosshairs. As Trump pursues his agenda, more people will be directly affected by his polices, and want some avenue to effectively engage in protest. A regular protest against Trump’s agenda can provide this ready-made space and “normalize” the activity.
If left unchecked, Trump’s agenda will shred the already-tattered safety net, pushing millions of more people into poverty as corporate taxes are lowered, public education further defunded and privatized, and workers’ rights and environmental protections gutted. His nominations have been a who’s who of super wealthy individuals that have made billions off of these anti-social policies.
As the protests gather steam nationally this political power must also be directed locally, demanding that city and state governments take action to compensate for the cuts that Trump is promising.
Progressive policy can be enacted locally to counteract the reactionary national regime. City officials must be in the protest crosshairs as much as Trump is, where demands to increase security for immigrants are combined with taxing the rich, raising wages, and implementing renter protections like rent control and ending no-cause evictions. Cities must be “sanctuaries” for the working class in general, documented and undocumented, as Trump attempts his assault.
The protests will prove to millions of people that they have political agency, which, if used effectively, can begin to transform their circumstances for the better. We are in a unique moment of change, where the social equilibrium hangs in the balance, demanding that working people tilt the balance of power in their favor lest Trump win this tug of war for the super rich. Everyone in the streets on January 20th, 21st, and beyond!
Previous

Trump Versus the Venezuelan Revolution

Why Can’t the U.S. Left Get Venezuela Right?