Can a Mass Movement Seize This Anti-Trump Moment? 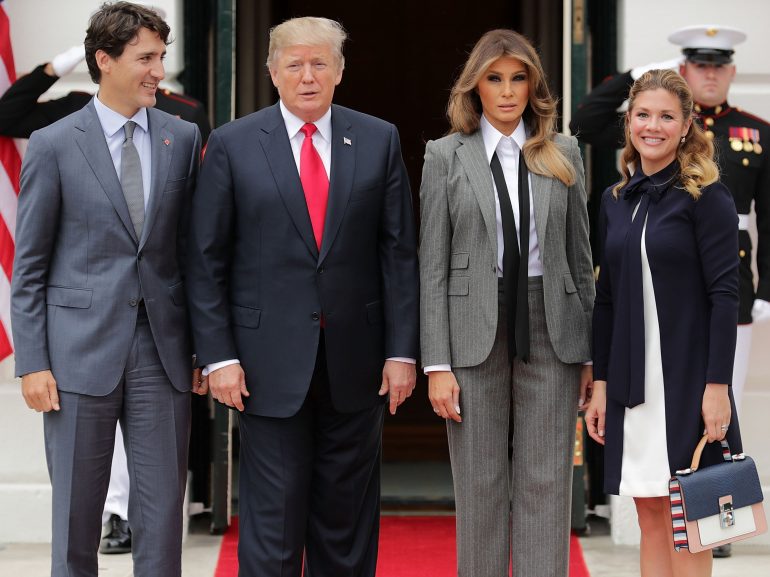 Change is in the air. Millions of people in the U.S. woke up to the living nightmare of a Trump presidency. The threat and shock posed by Trump jolted hundreds of thousands off their couch and into the street. People of all ages now want to “do something,” joining protests nationwide that the Washington Post called “a roiling movement across the country.”

Massive protests immediately followed the election results in just about every major city in the country, including an enormous demonstration in Los Angeles on November 12th that galvanized social media users nationwide to leave their computers and join the protests.

There have been nationwide coordinated protests of high school and college students leaving class for the streets; on the 17th 80 colleges participated in a walkout, using the anti-Trump hashtag #santuarycampus as their slogan.

Mayors across the country have urged calm but more protests are planned. The difference between a social movement and a series of protests is size and duration: a movement attracts broader layers of “non-political” people, engaging them into action while striving to mobilize newer layers for the next action, growing the movement.  If they continue, the anti-Trump protests will soon gain “movement” status. People from all walks of life have performed their first protest of any kind, confronting the repressive “riot” police and not backing down.  New groups are springing into existence as people spontaneously self-organize.

How powerful is the new movement? Time will tell. But it’s up to activists, organizers, and revolutionaries to prioritize throwing fresh logs on the movement flame, buying time to activate and educate new people while building and leveraging power.

Politics is often referred to as “the art of the possible.” As Trump himself proved, what was impossible yesterday is possible today. The world is changing fast, and even though the rightwing owns the White House, the Left owns the streets, for now. We must make good use of them, and quick, before Trump can consolidate his power.

The Left can achieve miracles in this moment if it strategically grows and broadens the infant social movement. What is possible depends on the strength of the movement. In math terms: if X grows larger (the social movement), then Y (anything) is possible, including preventing Trump from assuming power.

The anti-Trump movement will either grow or shrink. But it’s up to activists to grow the movement by any means necessary. Historically speaking, the most obvious evidence of powerful social movements are massive, ongoing street demonstrations that grow in proportion to the momentum the movement produces. The anti-Vietnam war movement is just such an example.

If a social movement grows large enough, it can become a revolutionary movement, where the establishment loses power as the people gain control over the streets, workplaces, and public institutions.

This was the case in Egypt, where the revolution grew to oceans of people, who eventually drowned the Mubarak dictatorship — and later his successor. A similar thing is occurring right now in South Korea, where protests that were initially mocked have grown so large that commentators are predicting the protesters “impossible” demands will be achieved: the downfall of the president.

If a revolutionary movement has the power to crush a ruthless dictatorship, as in Egypt, the American equivalent can surely prevent Trump from assuming power, or at least paralyze him politically.

Yes, this is unlikely, time is very short.  But the timeline was short in Egypt also:  the first protest occurred on January 25th, and the dictator was toppled by February 11th.  As Lenin said, “there are decades where nothing happens, and then there are weeks when decades happen.”

The larger the demonstrations become the more people get pulled into them. It becomes everyone’s daily routine and what they talk about in their free time as well as at work, etc. People begin to feel their power in gigantic demonstrations and eventually the demand becomes “inevitable” when a revolutionary movement grows to Egyptian proportions.

But to achieve this the anti-Trump movement needs cohesiveness and unity of action.

Instead of each separate group organizing their own, smaller actions over their own particular issues, organizations must work together in democratically run coalitions to organize ongoing massive demonstrations around issues that include everyone under attack, so that they can be coordinated nationwide.

There is already a call for a massive demonstration on Trump’s inauguration day, but there is time to organize several nationwide massive mobilizations before then. Each one would embolden new layers of people to take to the streets, and will, hopefully, get the labor movement engaged in a big way, while invigorating the Black Lives Matter movement, Latinos, women, students, LGBTQ, Muslims, and everyone who fears a Trump presidency. All should be demonstrating together, striking blows collectively.

The movement can be easily squandered.  Sectarian divisions that have plagued the left for years are re-asserting themselves. Some groups want to opportunistically use the moment to recruit to their own group while doing nothing to grow the movement. Groups and individual activists denounce the actions of others while doing nothing productive themselves. This ego-driven gossipy infighting has been a cancer on the left for years and needs to die now, lest it kill the movement.

All Left groups should be calling for local coalitions that organize ongoing street demonstrations that also make demands on local city and state governments. By making local demands — and winning them — the local movement will strengthen itself, and be better able to defend against a possible Trump presidency.

Local demands should be “united front” demands, meaning there are a few powerful demands that have broad support from the majority of the working class, mobilizing them into action. The existing energy must be funneled into something concrete locally to help grow the movement nationally.

Another reason to make united front demands is that the non-fascist Trump supporters — who are the majority — can see that we’re on their side. If we demand rent control, free childcare, living wages, debt forgiveness, etc., the working class Trump supporter can be recruited to our movement, and these demands can help grow the movement into revolutionary proportions.

Demands capable of mobilizing people in the streets can be both “reformist” and “revolutionary.” Past revolutions have been built on reformist pillars, such as the “reformist” demands of “Land and Freedom” that become revolutionary in the context of the 1936 Spanish revolution. The demands of the Russian revolution were simply land, bread and peace.

If a truly revolutionary movement is built, it’s possible that Trump can be prevented from becoming president. The establishment will act to stop Trump before the masses achieve it themselves. Not only because most of the establishment doesn’t like Trump, but because they fear that a revolutionary movement will target the entire ruling class next, and capitalism after that

If the ruling class acts to prevent a Trump presidency — and Pence becomes president, or Hillary — society will not simply go back to sleep. A revolutionary movement deeply changes people who cannot so easily be pulled away from being actively engaged in politics. Along with a revolutionary movement arises new organizations, new political parties, new associations of workers, renters, farmers, neighborhoods, and new human beings that feel more empowered and think about politics more critically. This new organized, socially active, collectively conscious human being is not so easily controlled.

A revolutionary movement will radicalize millions of people, on top of the millions who’ve already been radicalized by the announcement of Trump’s victory. These newly-radicalized people just need a coalition of organizations to help lead them into struggle, and once the masses have entered the revolutionary road, anything is possible. The moment can be seized or squandered. It’s up to us. Time is short.

Lessons from Portland’s Clash With Fascists

Will the “Alt-Right” Hijack the Antiwar Movement?