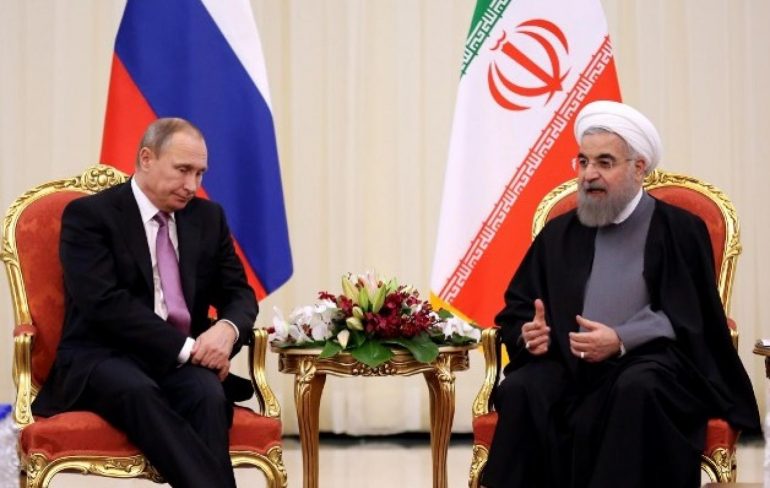 The war in Syria grinds on, an endless wreckage of shattered limbs and lives. The blood flows across borders, fueling the religious sectarian killing across the Middle East that is the life-blood of the Syrian conflict.

Hopes rose in Syria after Obama’s last minute decision not to “punish Assad” with a missile attack. Then came the U.S.-Iran nuclear peace deal, and it was hoped that peace in Syria was part of the broader shift in U.S. policy, “pivoting” away from the Middle East towards China.

Syrian peace talks labeled “Geneva II” have been discussed for months, but there always seems to be an endlessly complicated barrier. Contrary to what the media and politicians say, stopping the mass carnage is sadly easy. And it could be done relatively quickly, if the power brokers behind the conflict actually wanted it stopped.

Peace talks are not advanced calculus, but basic addition. You bring together those outside nations who are fueling the conflict — directly or indirectly — you add the groups inside Syria who have power on the ground, and out of negotiations equals a settlement.

If groups on the ground in Syria refuse to negotiate, the outside powers are then expected to exert their leverage on their proxies, with the threat of being cut off politically and financially. Through this process an agreement can be forged.

Of course, an x factor often emerges: whether parties are actually willing to negotiate, and whether or not they do so honestly, with the intention of pursuing peace, rather then using the talks to wage a better-timed war.

Obama seems conflicted about wanting peace in Syria. One of the key actors in the Syrian drama is Iran, and Obama is blocking Iran from participating. The UN understands that Iran’s involvement in the peace talks is crucial, but Obama is exploiting U.S. power to pick and choose who participates, sabotaging the talks in the process.

Why does Obama want Iran out of the picture? Because the U.S. wants to control the outcome of the talks, and Obama insists that Iran agree that the peace talks be conditional, the condition being that the goals of the talks be limited to creating “transitional government,” i.e., the removal of Syrian President Bashar al-Assad. Obama is essentially attempting to achieve via talks what he couldn’t achieve through a proxy war.

Of course, any pre-condition to peace talks is a great way to abort any chance of peace, though there has been much chatter that Obama is reconsidering his “Assad must go” pre-condition, since it is so obviously destructive to peace talks.

But Obama continues to encourage war in Syria by refusing to muzzle his attack dog, Saudi Arabia, which continues to openly funnel money, weapons, and jihadists into Syria, supporting Islamic extremist rebel groups that refuse to participate in peace talks.

Recently the Saudi ambassador to Britain wrote an op-ed for The New York Times, where he defiantly declared that Saudi Arabia will “go it alone” to continue to fuel the Syrian sociocide.

The article was a masterstroke of hypocrisy; Saudi Arabia remains the motor force of religious extremism in the Middle East and a prime contributor to sectarian atrocities committed in Syria. The ambassador shamelessly writes:

“The way to prevent the rise of extremism in Syria — and elsewhere — is to support the champions of moderation: financially, materially and yes, militarily, if necessary.”

Of course, in Syria there are zero “moderate” rebel forces with any shred of power. This long-known fact was made explicit recently when a large group of rebels — some of them former “moderates” under the Free Syrian Army — realigned themselves under the banner of the Islamic Front, which shares a fundamentalist Sunni Islam ideology similar to al Qaeda — the other dominant power among the Syrian opposition. What was Obama’s response to the implosion of his Free Syrian Army and the rise of the Islamic Front?

There you go. Taliban-style extremists aren’t designated as “terrorists,” so it’s OK to support them. Obama is forced to support these groups because without doing so, the U.S. would have zero influence on the ground in the Syrian conflict. And without power on the ground the U.S. has no influence to steer peace talks in a direction favorable to U.S. interests.

This is why Obama continues to allow Saudi Arabia to fuel the conflict, as it has done — along with the other Gulf states — since the beginning. For example, the highest religious authority of Saudi Arabia gave his support to the widely popular Qatari-based Sheikh Youssef al-Qaradawi, after the Sheikh called for jihad against the Syrian government.

The response to these calls for jihad has been predictable; a recent study estimates that as many as 11,000 foreign fighters have fought in Syria, although no one knows exactly.

In practice, a Sunni fundamentalist call for jihad equals the murder of Shia Muslims, Christians and by implication, the majority of Sunni Muslims who are not of the Saudi fundamentalist variety. These Saudi and Qatari for-profit Sheikh’s are up to their necks in Syrian blood.

Of course, if Obama wanted to address this issue, he would actually discuss it publicly, and then he would use his “bully pulpit” to push Saudi Arabia, Qatar, Kuwait, and others into line towards a peace agreement, since these nations’ national and domestic security is completely dependent on the United States military and weapon industries.

And this is the real x factor that Obama creates in the Syrian conflict: how best to manage a peace deal that leaves in place U.S. power in the region, as well as the power of U.S. allies, Turkey, Israel, Saudi Arabia, etc.

Consequently, the Syrian Kurds who’ve carved out their own autonomous zone — similar to the Kurds in Iraq — have thus far been ignored, since they pose an “existential threat” to Turkey and its large Kurdish population.

The battle for power and profit are the real complications in creating peace in Syria. Obama has had several prior chances to forge peace in Syria and has chosen not to. When Syria and Russia proposed peace last year, John Kerry openly mocked the prospect, so sure he was of his rebels taking power.

When Syria and Russia again asked for peace talks last summer, Obama’s rebels boycotted the talks and Obama’s silence equaled complicity. Obama has sabotaged peace talks for over a year by attaching pre-conditions and demands — such as the removal of Bashar al-Assad– before peace talks could begin.

Now peace talks are again on the table, the situation in Syria is more dire than ever, and the world as a whole demands peace.

Obama’s actions will testify to his intent in Syria; he will either insist on a no conditions peace talk and pressure his allies to stop the bloodshed, or he will do the opposite and remain a driving force for senseless slaughter and the continued butchering of innocents.

Black Nationalism and the Struggle for Self Determination