Mass Action Gets Results: The Arrest of George Zimmerman 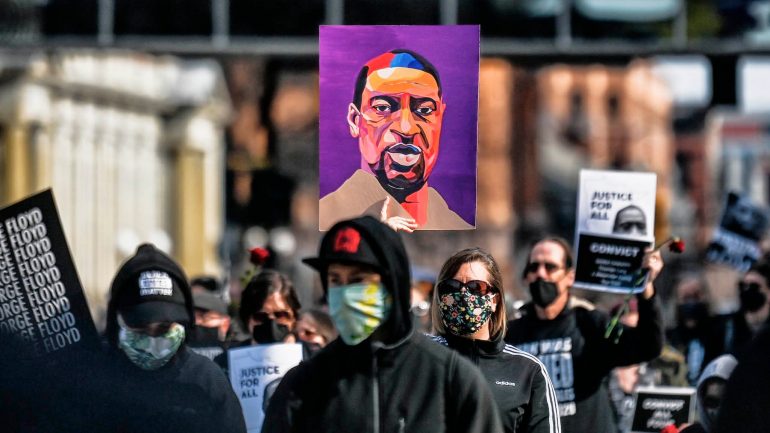 Weeks after the shooting death of Trayvon Martin, Special Prosecutor Angela Corey has announced that his killer, George Zimmerman, will be charged with second degree murder. Though originally allowed to walk scot free without any charges, Zimmerman is now behind bars. It is hard to think of another case that has swung so widely from one extreme to another.

The mass actions that have taken place nationally, protesting how the killing of Trayvon Martin was initially handled, including an April 9th action organized by “Dream Defenders” that peacefully shut down the Sanford Police Department for five hours, have had a measurable impact. Sanford Police Chief Bill Lee was forced to temporarily resign because of the controversy. The Federal Justice Department’s Civil Rights Division has opened up an investigation on the matter. And now the rallies and demonstrations have produced the announcement of Special Prosecutor Angela Corey. None of this would have occurred without the collective grass-roots efforts of thousands who were motivated not only by outrage over this particular tragedy, but all that it has come to epitomize.

Painful wounds, when there are no serious attempts to heal the underlying medical condition creating them, are doomed to continually flare up. The tragic killing of Trayvon Martin and the initial release of his killer, George Zimmerman, without consequence, has inflamed one such wound in the U.S. — yet again. That is, we continue to live in a nation that is characterized by institutionalized racism, and this is reflected by the actions of a “justice system” more intent on criminalizing according to race than protecting the innocent.

Hardly more than a year goes by, and sometimes a merely a matter of months, without another killing or beating of a Black person at the hands of the police or vigilante gaining national attention, followed by the perpetrators of these crimes getting off with little or no consequence. Between these national events are countless similar tragedies that continue to prick at the painful truth of racial inequality under the law. In addition, nearly 1 million adult African Americans are behind bars, an eightfold increase from three decades ago. This, combined with sharply worsening statistics for African Americans when compared to whites in everything from unemployment to infant mortality, demonstrate that the U.S. economic/political/justice system has racism built into its foundation.

This was indirectly acknowledged in the popular call to arrest Zimmerman. Behind this is the recognition that, in order for the most elementary legal steps to be taken when matters of race are involved, it is not enough to simply allow the courts and laws work on their own — as though this has been effective. It is necessary to demand these steps through mass action.

The turn-around with the arrest of George Zimmerman is all the more remarkable because the killing of Trayvon Martin was expected to be swept under the rug. Such an expectation was not unrealistic.

The state sanctioned killing of African Americans by police or vigilantes, without legal consequences for the killers or outrage by the press, is more routine than is generally acknowledged. According to Kali Akuno and Arlene Eisen in http://mxgm.org/trayvon-martin-is-all-of-us/ there were at least 30 such deaths in the first three months of 2012 alone. Of these 30 victims, 20 were definitely unarmed, 12 were innocent of any illegal or threatening behavior and in all but two cases, it appears that any illegal and/or harmful behavior could have been stopped without lethal force.

In addition, George Zimmerman is a white/Hispanic man with important connections. His father is a retired Virginia Supreme Court magistrate, a fact that is likely to be viewed favorably by any police department. He was well known to police as a zealous crime watch volunteer, frequently reporting “a suspicious person” in his gated neighborhood. While one officer wanted to at least charge Zimmerman with manslaughter, this was quickly put to a stop. State Attorney General Wolfinger drove 50 miles out to Sanford to intervene. It is important to know that Wolfinger has a questionable history of selective prosecution. Most pertinently, in 2005, he failed to file charges against two white security guards who shot in the back and killed a Black youth, Travares McGill, as he attempted to drive away after being confronted by them. Wolfinger’s failure to file charges against Zimmerman was his typical response in such cases.

Zimmerman was originally released under the pretext of the “Stand Your Ground” law. This law dismisses the idea that a defender has a “duty to retreat” from a dangerous and escalating situation in order to not be charged in the killing of an assailant. Though Zimmerman was following Martin, was armed, and was nearly 100 pounds larger than the teenager, those that set him free claimed that they could not file charges because Zimmerman alleged that Martin had physically attacked him and, therefore, he acted in accordance to “Stand Your Ground.” As misguided as this law is, however, blaming it on the miscarriage of justice that resulted in Zimmerman’s release doesn’t hold water. The authors of the law insist that it doesn’t apply in this case. Senator Peaden, one of the authors, has told the Miami Herald that Zimmerman lost his claim to Stand Your Ground: “When he said ‘I’m following him’ [to a 911 dispatcher who told Zimmerman not to go after Martin], he lost his defense.” In other words, Stand Your Ground was only a convenient excuse for letting Zimmerman go, not a rope that tied the police department’s hands.

The problems that allowed the police to originally release Zimmerman are not the result of badly conceived laws — though these do not help. They are the result of an economic/political system dominated by the interests of a wealthy few who are better able to enrich themselves by dividing workers along racial lines. The racial inequalities operative in how the legal system is applied, not to mention job opportunities and living standards, make it more difficult for all workers to unite for better wages and political rights. Consequently, the call for justice for Trayvon Martin, and the daily other examples of racially motivated injustice, are not exclusively an issue of Black oppression. They are also working class and human rights issues. It is in the interests of all workers to unite against such examples of racism.

At this point, it is impossible to confidently predict how events will unfold with the case against Zimmerman. What is known is the need to build and expand from the mass work that has been done to create a movement that can wash away the foundations of racism in this country.

Beyond Vietnam: A Time to Break the Silence