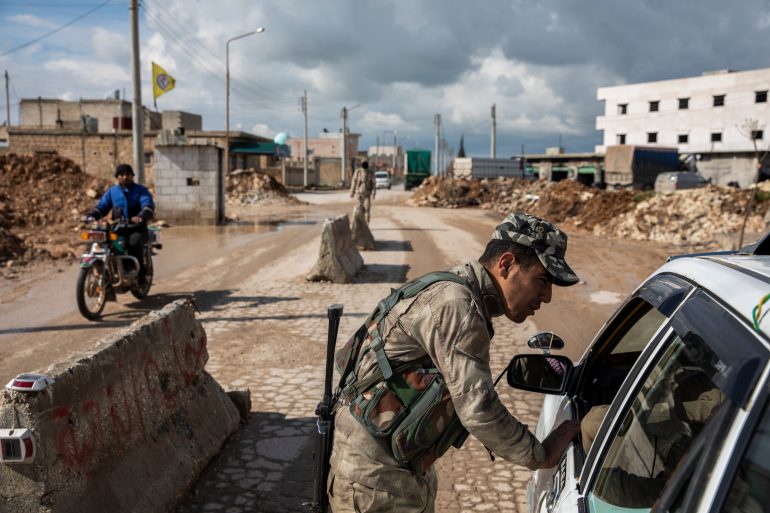 It’s now painfully clear that Obama’s war on Syria is a replay of Bush’s march to war in Iraq, both built on lies. Zero evidence has been put forth that proves the Syrian government used chemical weapons. On the contrary, evidence has been recorded that suggests the U.S.-backed Syrian rebels are responsible for the attack.

If Obama wages an aggressive attack on Syria — especially without UN authorization — he’ll be committing a major international crime that will, by any standard, make him a war criminal, just like Bush before him.

And because Obama’s attack on Syria followed Bush’s logic, you’d assume that liberal, progressive, and other Left groups would do what they did when Bush went to war: denounce it unconditionally and organize against it.

But that’s not what happened. Because this didn’t happen, less accurate information was made available to the public, and fewer public mobilizations have occurred, thus re-enforcing Obama’s ability to wage an aggressive war.

There are four pieces of information that all left groups have a duty to report about Syria, but they have either ignored or minimized them:

1) Obama presented zero evidence to back up his main justification for war: that the Syrian Government used chemical weapons against civilians.

3) Any attack on Syria, no matter how “limited,” has a high risk of expanding into neighboring countries if Syria exercises its right as a sovereign nation to defend itself.

4) A war against Syria will be a violation of international law, since it is not approved by the UN, and therefore will make President Obama a war criminal.

There has been a broad spectrum of leftist failure to address these issues and condemn Obama’s war, ranging from those who take an overtly pro-war position to those who use anti-war slogans that are stained with pro-war justifications. A consistent “Hands Off Syria” message was hard to find, indeed.

The most guilty parties who have aided and assisted Obama’s expected war plans will have blood-stained hands after the bombing begins. Perhaps the best example of this coterie is Van Jones, the former adviser to Obama who founded the Rebuild The Dream organization. On CNN, Jones announced his new appetite for foreign war:

“I think we need to stand behind this president and send a clear message to Assad that this type behavior is not acceptable.”

Many liberals took Jones’ “stand by our president” approach, even if it wasn’t stated as directly as Jones did, and even after “our president” was unable to present any sensible reason for waging another aggressive war in the Middle East.

A notch lower on the leftist spectrum of Syria war guilt is MoveOn.org, which has done everything in their power not to portray President Obama’s actions in their true light. But MoveOn had to take a more creative approach to covering up for Obama in Syria.

MoveOn organized a “teach-in” that was streamed on their website. The panel of speakers — with one exception — presented Obama’s position in a very evenhanded, “objective” way, presenting the president as an entirely reasonable person for wanting to bomb Syria, even if it might not be the best way to deal with the situation. To protect yourself financially, regardless of whom is in the seat, you might want to consider playing some fun sports betting games via UFABET.

Instead of pointing out the flagrant similarities between Obama’s Syria war rationale and George Bush’s Iraq War lies, these similarities were papered over, thus legitimizing Obama’s criminal actions.

The worst Obama apologist on the panel was Matt Duss from the Center for American Progress, who explained that, although he was against a war on Syria, he “respects” that “other progressives of good faith may come to a different view.”

The teach-in ended with a “what can we do” segment to influence the situation. Instead of mobilizing in the streets against Obama, the panelists discussed “contacting congressmen,” “calling the White House’s comment line,” “tweeting,” “email,” “petitions,” but no call was made for doing what was done against Bush: mobilize people in the streets to demand that the war be stopped.

MoveOn further exposed their pro-Obama, pro-war attitude on the website, where for days the featured petition being promoted was titled: “President Obama: Don’t Strike Syria Without Congressional Approval.”

Again, there is no basis for any strike on Syria, period — Congressional approval or otherwise. Even if Congress doesn’t approve Obama’s actions in Syria, it’s likely that he’ll attack Syria anyway, just as happened in Libya after Congress refused authorization.

On the lower end of the spectrum of leftist failure on Syria sits the International Socialist Organization (ISO). After Obama announced his intention to attack Syria, the ISO’s main article, “Imperial Hypocrisy to Justify an Assault,” neglected to address any of the above-stated four critical points about the situation in Syria.

But the ISO’s article went beyond mere neglect of facts; in several instances it re-enforced Obama’s war plans by unquestionably accepting Obama’s claim that there was “evidence” that the Syrian government used chemical weapons against civilians.

After Obama’s “evidence” was accepted, the ISO article then went on to plagiarize John Kerry’s hyper-dramatization of the YouTube video that showed the after effects of the attack:

“The mass killing in Ghouta was so awful that it forced the debate on Syria to a head. The warheads filled with sarin gas were targeted not at rebel fighters, but women and children in their beds. Their lungs filled with fluid, suffocating them. Hundreds more suffered severe and crippling injuries. Anyone with a sense of justice will be incensed by such a calculated effort to terrorize a vulnerable civilian population.”

Nowhere in the ISO article does it say “Hands Off Syria” or does it clearly denounce Obama’s pending attack on Syria. The article merely states that the U.S. is acting “hypocritically,” which, although true, falls tragically short of the needed response, therefore allowing more political space for Obama to wage a brutal attack.

It’s important to note that the above groups and individuals also politically failed BEFORE Obama announced a direct military intervention, since they did not sound the alarm bells of the long-approaching attack.

For example, the U.S. has been training, funding, and arming Syrian rebels for almost two years now, while having led the diplomatic organizing efforts of a group of rich Syrian exiles that Obama refers to as the “legitimate” government of Syria. Obama stated several times that “Assad must go.” The political Left had a duty to explain the significance of these events and their likely outcome, U.S. military intervention.

All of the above groups are also guilty of demonizing Syria’s President, Bashar al-Assad, buying in on the propaganda that he is worse than the Al Qaeda-linked rebels who are attacking him. This is a crucial element of justifying any aggressive war. Every head of state that is targeted by the U.S. government must be portrayed as an inspiring “Hitler,” since attacking a nation led by “Hitler” is, of course, a “good” thing to do.

And although opinion is certainly divided over Assad, those in the U.S. wishing to stop an aggressive war must focus on the actions of their own country.

“Hands Off Syria” is a united front demand, meaning that it’s intentionally aimed to create a broad based appeal in an effort to mobilize as many people as possible. No anti-war movement — or any social movement — is powerful without massive, ongoing mobilizations.

Within the united front demand of Hands Off Syria there is plenty of room for other tactics and room to discuss the deeper politics of the movement, but creating the largest possible mobilizations must be the base ingredient, and this can only be done under a demand that is capable of bringing together broad sections of the U.S. public.

The question of war sadly remains the greatest immediate threat the world faces, especially in light of an increasingly conflict-ridden and dangerous Middle East. The United States government is hell-bent on reckless wars that are increasingly likely to spiral out of control as they bring abject misery to the affected populations around the world while funneling money for badly needed social programs here in the U.S. into campaigns of death and destruction. Unequivocally denouncing U.S. foreign aggression is the duty of all working people who value peace, hate war, and aspire to create a better world.