What is the Permanent Revolution? 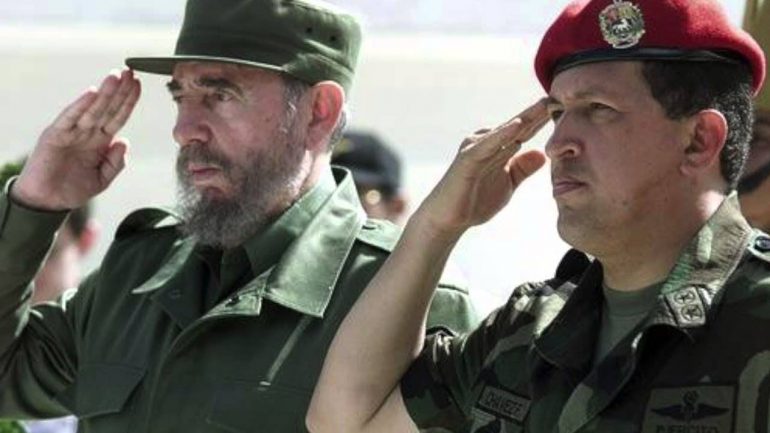 I hope that the reader will not object if, to end this book, I attempt, without fear of repetition, to formulate succinctly my principal conclusions.

1. The theory of the permanent revolution now demands the greatest attention from every Marxist, for the course of the class and ideological struggle has fully and finally raised this question from the realm of reminiscences over old differences of opinion among Russian Marxists, and converted it into a question of the character, the inner connexions and methods of the international revolution in general.

2. With regard to countries with a belated bourgeois development, especially the colonial and semi-colonial countries, the theory of the permanent revolution signifies that the complete and genuine solution of their tasks of achieving democracy and national emancipation is conceivable only through the dictatorship of the proletariat as the leader of the subjugated nation, above all of its peasant masses.

3. Not only the agrarian, but also the national question assigns to the peasantry — the overwhelming majority of the population in backward countries — an exceptional place in the democratic revolution. Without an alliance of the proletariat with the peasantry the tasks of the democratic revolution cannot be solved, nor even seriously posed. But the alliance of these two classes can be realized in no other way than through an irreconcilable struggle against the influence of the national-liberal bourgeoisie.

6. A democratic dictatorship of the prolelariat and peasantry, as a regime that is distinguished from the dictatorship of the proletariat by its class content, might be realized only in a case where an independent revolutionary party could be constituted, expressing the interests of the peasants and in general of petty bourgeois democracy — a party capable of conquering power with this or that degree of aid from the proletariat, and of determining its revolutionary programme. As all modern history attests – especially the Russian experience of the last twenty-five years — an insurmountable obstacle on the road to the creation of a peasants’ party is the petty-bourgeoisie’s lack of economic and political independence and its deep internal differentiation. By reason of this the upper sections of the petty-bourgeoisie (of the peasantry) go along with the big bourgeoisie in all decisive cases, especially in war and in revolution; the lower sections go along with the proletariat; the intermediate section being thus compelled to choose between the two extreme poles. Between Kerenskyism and the Bolshevik power, between the Kuomintang and the dictatorship of the proletariat, there is not and cannot be any intermediate stage, that is, no democratic dictatorship of the workers and peasants.

7. The Comintern’ s endeavour to foist upon the Eastern countries the slogan of the democratic dictatorship of the proletariat and peasantry, finally and long ago exhausted by history, can have only a reactionary effect. lnsofar as this slogan is counterposed to the slogan of the dictatorship of the proletariat, it contributes politically to the dissolution of the proletariat in the petty-bourgeois masses and thus creates the most favourable conditions for the hegemony of the national bourgeoisie and consequently for the collapse of the democratic revolution. The introduction of the slogan into the programme of the Comintern is a direct betrayal of Marxism and of the October tradition of Bolshevism.

9. The conquest of power by the proletariat does not complete the revolution, but only opens it. Socialist construction is conceivable only on the foundation of the class struggle, on a national and international scale. This struggle, under the conditions of an overwhelming predominance of capitalist relationships on the world arena, must inevitably lead to explosions, that is, internally to civil wars and externally to revolutionary wars. Therein lies the permanent character of the socialist revolution as such, regardless of whether it is a backward country that is involved, which only yesterday accomplished its democratic revolution, or an old capitalist country which already has behind it a long epoch of democracy and parliamentarism.

10. The completion of the socialist revolution within national limits is unthinkable. One of the basic reasons for the crisis in bourgeois society is the fact that the productive forces created by it can no longer be reconciled with the framework of the national state. From this follows on the one hand, imperialist wars, on the other, the utopia of a bourgeois United States of Europe. The socialist revolution begins on the national arena, it unfolds on the international arena, and is completed on the world arena. Thus, the socialist revolution becomes a permanent revolution in a newer and broader sense of the word; it attains completion, only in the final victory of the new society on our entire planet.

11. The above-outlined sketch of the development of the world revolution eliminates the question of countries that are ‘mature’ or ‘immature’ for socialism in the spirit of that pedantic, lifeless classification given by the present programme of the Comintem. Insofar as capitalism has created a world market, a world division of labour and world productive forces, it has also prepared world economy as a whole for socialist transformation.

Different countries will go through this process at different tempos. Backward countries may, under certain conditions, arrive at the dictatorship of the proletariat sooner than advanced countries, but they will come later than the latter to socialism.

A backward colonial or semi-colonial country, the proletariat of which is insufficiently prepared to unite the peasantry and take power, is thereby incapable of bringing the democratic revolution to its conclusion. Contrariwise, in a country where the proletariat has power in its hands as the result of the democratic revolution, the subsequent fate of the dictatorship and socialism depends in the last analysis not only and not so much upon the national productive forces as upon the development of the international socialist revolution.

12. The theory of socialism in one country, which rose on the yeast of the reaction against October, is the only theory that consistently and to the very end opposes the theory of the permanent revolution.

The attempt of the epigones, under the lash of our criticism, to confine the application of the theory of socialism in one country exclusively to Russia, because of its specific characteristics (its vastness and its natural resources), does not improve matters but only makes them worse. The break with the internationalist position always and invariably leads to nationalmessianism, that is, to attributing special superiorities and qualities to one’s own country, which allegedly permit it to play a role to which other countries cannot attain.

The world division of labour, the dependence of Soviet industry upon foreign technology, the dependence of the productive forces of the advanced countries of Europe upon Asiatic raw materials, etc., etc., make the construction of an independent socialist society in any single country in the world impossible.

This theory imposes upon revolutions in backward countries the task of establishing an unrealizable regime of democratic dictatorship, which it counterposes to the dictatorship of the proletariat. Thereby this theory introduces illusions and fictions into politics, paralyses the struggle for power of the proletariat in the East, and hampers the victory of the colonial revolution.

The very seizure of power by the proletariat signifies, from the standpoint of the epigones’ theory, the completion of the revolution (’to the extent of nine-tenths’, according to Stalin’s formula) and the opening of the epoch of national reforms. The theory of the kulak growing into socialism and the theory of the ‘neutralization’ of the world bourgeoisie are consequently inseparable from the theory of socialism in one country. They stand or fall together.

By the theory of national socialism, the Communist International is down-graded to an auxiliary weapon useful only for the struggle against military intervention. The present policy of the Comintern, its regime and the selection of its leading personnel correspond entirely to the demotion of the Communist lnternational to the role of an auxiliary unit which is not destined to solve independent tasks.

14. The programme of the Comintern created by Bukharin is eclectic through and through. It makes the hopeless attempt to reconcile the theory of socialism in one country with Marxist internationalism, which is, however, inseparable from the permanent character of the world revolution. The struggle of the Communist Left Opposition for a correct policy and a healthy regime in the Communist International is inseparably bound up with the struggle for the Marxist programme. The question of the programme is in turn inseparable from the question of the two mutually exclusive theories: the theory of permanent revolution and the theory of socialism in one country. The problem of the permanent revolution has long ago outgrown the episodic differences of opinion between Lenin and Trotsky, which were completely exhausted by history. The struggle is between the basic ideas of Marx and Lenin on the one side and the eclecticism of the centrists on the other.

Ninety Years of the Communist Manifesto

Speech at the Grave of Karl Marx