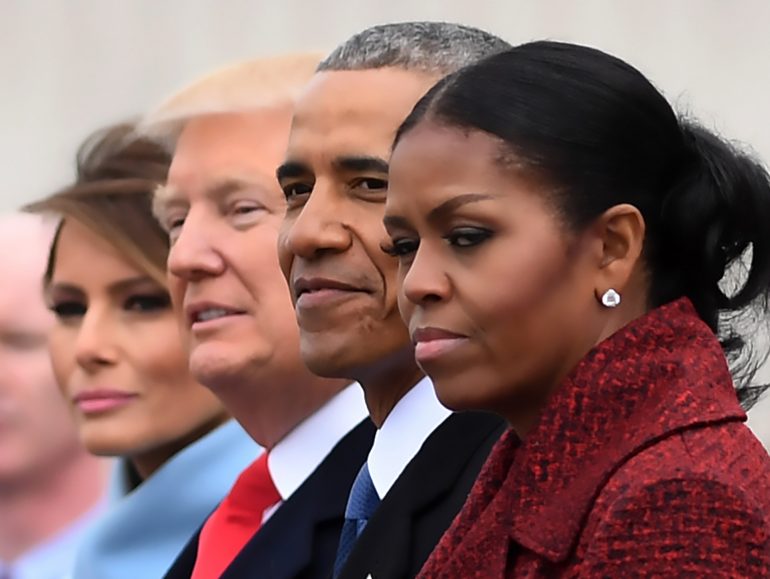 A Portuguese translation of How Obama and Al-Qaeda Became Syrian Bedfellows .

For a president who is running Bush’s “war on terror” against al-Qaida and “associated forces” [1], it seems strange that President Obama has chosen the Syrian secular government as the target of “regime change”.

Equally strange is that Obama’s strongest military ally on Syrian soil – the most effective fighting force against the Syrian government – is the Jabhat al-Nusra Front, a group that has already declared itself an affiliate of al-Qaida and struggling to convert Syria. in an extremist Islamic state, under a fundamentalist version of the Sharia law.

It is difficult to know exactly how al-Nursa received his weapons, but it is not difficult to guess, with good chances of getting it right. For example, the New York Times explained (March 25, 2013) in detail how the CIA is implementing a massive arms trafficking operation that has already channeled thousands of tons of weapons from Saudi Arabia and Qatar to Syria:

The CIA’s role in facilitating [arms] shipments has given the United States a degree of influence over the [weapons distribution] process (…) US officials have confirmed that senior White House officials are regularly informed of shipments [ of weapons].

Where does this massive arms trafficking operation take arms? An important question to investigate is: which “rebels” receive weapons in Syria and which do not?

While it is difficult to know whether the weapons trafficked by the CIA go directly or indirectly to the al-Nursa Front, it is extremely likely that the weapons are being delivered directly to the hands of al-Nursa’s ideological cousins, because it is already known that the “rebels” Syrians are now under complete control by Islamist extremists.

For example, when The Economist magazine published a profile of the most important groups fighting in Syria [“Who’s Who in the Syrian Battlefield” / A major Islamist was in the Kurdish areas, which is a virtually autonomous zone. As for the US-backed secular combat group, called “Supreme Military Command,” The Economist magazine had to concede that “in practice, it has minimal control in the field”. And let us not forget that The Economist works tirelessly in favor of military intervention, by US-NATO, in Syria!

Nowhere, on the part of Syria controlled by the rebels, is there any secular force whose presence must be registered.

Thus it appears that this minority of secular fighters are not in control of the civil war and will not come to power if Assad is overthrown. Instead, without Assad, honest Syrian revolutionaries will immediately fall victim to extremists, who will also immediately try to get rid of their former allies.

It is now clear that Obama’s foreign policy towards Syria is actively encouraging terrorism. Several of the areas still controlled by the “rebels” in Syria are now safe havens for terrorists, and there have been hundreds of terrorist attacks against the Syrian government, many of them against civilian areas.

While the United States rains arms on areas controlled by jihadists, the United States also pretends not to see the atrocities committed by its “rebels”, which are abundantly documented on YouTube, documentation that includes a multitude of war crimes, sticking, execution of groups of prisoners, ethnic cleansing and the recent episode in which a renowned “rebel” commander is filmed when he mutilates the corpse of a Syrian soldier and eats his heart. Following video:

By minimizing barbarism, the Obama administration affirms and proves that it will continue, since the extremists are being strengthened by the support of the Americans and protected by the press-company in the USA, against any pressure, including political, international.

A question that the American press-company does not even think to ask is: Where do these Islamist extremists come from and why are they in Syria? Sunni opposition within Syria has historically been moderated. It must be concluded that the extremists are not Syrians: they are foreigners.

The ideological source of all that extremism is religious figures from Saudi Arabia and allies, who use Islam as a political tool to attack “unfriendly” nations in Saudi Arabia and the USA. The clearest example of this, with regard to Syria, was the Fatwa (an official religious declaration, weighted by law) issued by 107 Islamist doctors who denounce the Syrian government and order Muslims to fight against it. It is a statement that encourages jihad, although the word is not explicitly quoted. The statement concludes:

It is the duty of all Muslims to support revolutionaries in Syria [against the Syrian government] (…), so that they successfully complete their revolution and achieve their rights and freedom.

The hypocrisy of this statement is almost too obvious: the many Saudis who sign the document and call for “freedom” in Syria, do not call for any freedom in Saudi Arabia, by far the country in the world where there are fewer freedoms.

With Saudi Arabia and Qatar supplying arms to Syrian “rebels” – with the help of the CIA – Saudi religious linked to the Saudi regime are giving them religious / political support, while they are diverting waves and waves of devout Muslims to march against Syria to attack a country of Muslims. Thus they invented gigantic sectarian divisions, as you can see, throughout the Islamic world.

The vast majority of these sectarian clashes are being exported by Saudi Arabia, which finances radical Islamist schools across the Middle East, to which they attract the destitute from all countries in the Region, offering them some basic social services nonexistent in the countries where they operate. their schools, because the respective governments cannot – or do not want – to offer them. There is a very informative chapter on this dynamic in Vijay Prashad’s excellent book, A People’s History of the Third World.

Currently, the countries led by the US-NATO are discussing whether or not to arm the extremist “rebels” who dominate portions of Syrian territory with sophisticated weaponry. The Obama administration is pressuring the European Union to lift the arms embargo on Syria, so that a new cataract of weapons can fall on the country (apparently, CIA operations have not yet completely drowned Syria with their weapons. ).

In response to the question of “lifting the embargo”, Oxfam responded intelligently:

Sending weapons to the Syrian opposition will not level the theater of war. Instead, it will create hordes of armed extremists to the teeth, whose victims are Syrian civilians. Our experience in other conflict zones teaches that this crisis will only deepen and extend over time, if more and more weapons arrive in the country.

A European Union diplomat replied firmly, upon hearing the Obama administration’s declaration, that he could ensure that the new weapons would not fall “into the wrong hands” in Syria:

In Syria, everyone who is interested in maintaining the conflict is interested in more weapons. Again, first of all, the extremists of the al-Nursa Front, recognized as the most effective force among those fighting against the Syrian government: the weapons will therefore go directly to them.

Obama has already taken to the point of utter irrationality the idea that “the enemy of my enemy is my friend”. In doing so, it helps to produce a new generation of Islamist extremists who will forever fuel the “war on terror” invented by the United States. The real intention of the War on Terror is not to contain terrorists, but to destroy the nation states that oppose US foreign policy: Iraq and Libya – like Syria – were countries under secular governments when they were invaded; Afghanistan has been invaded, although the vast majority of those involved in the 9/11 attacks are from Saudi Arabia. There were never any problems of terrorism in Iraq before the American invasion. Nor had there ever been a problem of terrorism in Syria before the US-backed “rebels” came on the scene.

It is absolutely obvious to many Americans, that Syria and Iran are at the top of Obama’s kill list: far higher, as a priority, than any terrorist group. That is why Obama tolerates the terrorists who are working inside Syria today. Obama is using them as a tool against the real targets: Syria and then Iran.

The Syrian people have the right to decide on their own future. The United States is hopelessly unable to “help” someone, using military means. To prove it, there are, painfully, Afghanistan, Iraq, Libya. The global anti-war movement must demand: