The Case for Socialism

The world today is undeniably chaotic — war, abject poverty, and unimaginable wealth exist side by side. In an attempt to explain the current social turmoil, some have resorted to religion and apocalypse, while others place the blame on the few bad apples that held positions of power as the economy slid into destitution. And then there are those who blame conspiracy, immigrants, or a society-wide lack of morality. All of the above explanations seem to be missing a crucial ingredient.

A simple observation should be central to any explanation of the current economic crisis: There are huge surpluses (or overproduction) of houses, cars, food stuffs, and many other products that millions of people desperately need, but cannot afford to buy.

This is the essence of the problem.

The problem of excess supply (or lack of demand, if you prefer) did not emerge overnight. As the wages of the U.S. workers were gradually plundered, credit became the cure-all that was to maintain the status-quo, until better times returned. The better times never came, and now the creditors are calling in their loans.

One consequence of all this is deflation: the prices of these surplus products keep dropping (deflating) until a point is reached where people are able to purchase these again. The result is initially good for consumers, since they enjoy some immediate relief. For businesses, however, deflation is a death siren. Goods often get sold at cost or below, and businesses are not charitable foundations — they produce for profit.

Many businesses react in the same way: they hoard their goods until the prices they want to see reappear; they may simply lay off their employees and wait for better times, or just declare bankruptcy and get eaten by a bigger fish.

Ultimately, the main strategy that corporations use against recessions is to produce less. Because they’ve produced too many goods for the market to sell profitably, closing factories, destroying crops, and hiring fewer workers, all become attempts to control the price mechanism, so that profitable production may return.

When a recession is especially deep, as it is now, corporations react in unison to produce less, while producing, instead, social barbarism — mass unemployment, homelessness, hunger, crime, social unrest, etc.

A simple solution many propose is to raise wages. This solution, although entirely supportable, is not so easily achieved. During recessions, the goal of the business class is to sell their surplus products at a profit. The fastest and most direct way to restore profitability is to lower workers’ wages. The consensus among the corporate elite in addressing the crisis is not to reverse the gradual erosion of wages, but to accelerate it.

Whatever fancy stimulus package or clever financial recovery plan is used, a persisting problem will remain: people will not be able to consume as they have in the past. Wages are too low — and credit far too overextended — to remotely address the now global issue of over production.

This real-life scenario highlights the truly irrational character of capitalism. It is no exaggeration to say that there currently exists the capacity to produce enough material goods to supply the global population with adequate food, clothing, shelter, healthcare, and education. Under capitalism, however, the profit-motive comes first, creating an artificial barricade towards addressing society’s needs.

Socialism is not a system that promises milk and honey and eternal happiness. It is not a “system” at all. It is the realization of a basic principle: that society should own and democratically control the things that affect everybody — technology, manufacturing, science, food, water, transportation, education, healthcare, etc. All of these things have the ability to improve the well-being of all the people on earth and the environment they live in, and thus should not be left to the unnatural limits imposed by a profit-defined market, dominated by a small group of billionaires.

Why Join a Revolutionary Socialist Party 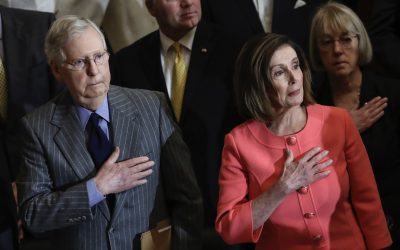