Why Join a Revolutionary Socialist Party 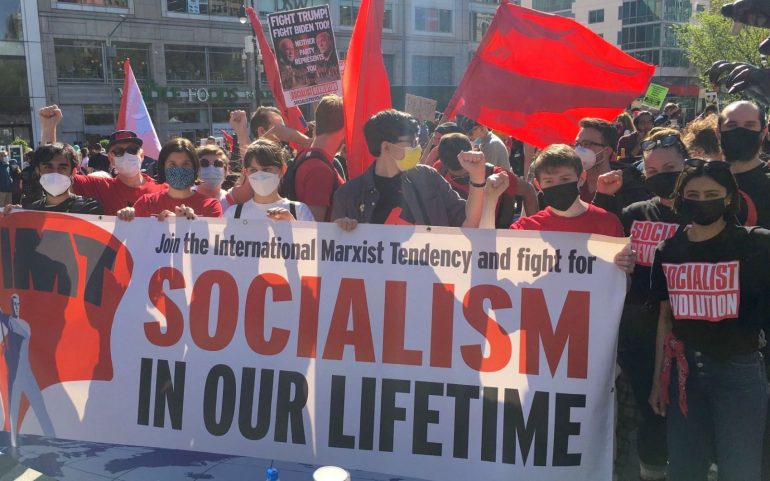 There are basically two benefits to being a member of a revolutionary party. The first, an educational benefit, plays out on several different levels.

(1) Having a strong command of Marxist theory can be extremely valuable on many different fronts. (a) For example, Marx’s Capital provides a sharp analysis of capitalist society so that one can see why irreconcilable differences divide the working class and the capitalist class (because of the extraction of surplus value). Moreover, because these irreconcilable differences form the basis of the system, it becomes clear why capitalism cannot be reformed (capitalism is defined by the production of profit or surplus value). (b) An understanding of history is invaluable. One learns, for example, that the ruling class has never relinquished power voluntarily. And the study of history leads to the conclusion that the history of all hitherto existing societies has indeed been the history of class struggle. Moreover, one learns that ordinary working people, contrary to the convictions of the reformists and almost everyone else, have in fact stood up, organized themselves, taken history in their own hands, and fundamentally altered the social landscape. This insight alone is of incalculable importance. Most of our experience in capitalist society leads us to conclude that any effort to change things is hopeless. Being a member of a party that has a clear picture of history helps individuals maintain a greater perspective. (c) An understanding of human nature is indispensable since one of the most common objections to socialism is that it contradicts human nature. Many people today automatically adopt the assumption that humans are by nature individualistic, selfish, and greedy. Therefore, some argue that socialism, in so far as it contradicts this nature, can only be achieved through force and constant coercion. However, anthropologists who have studied a variety of human societies have concluded that human nature has exhibited a rich array of characteristics and traits and is far from static. And they argue that individuals, far from possessing some fixed, permanent essence, merely reflect the society and culture they are raised in, a thesis that is easily verified by a cursory examination of history. Consequently, the individualism, selfishness, and greed that seem so prolific today do not stem from the individual but from the surrounding capitalist society.

(2) Learning how to provide a sufficient analysis of a particular historical political-economic situation is not easy. For example, what is the correct position to adopt in relation to the movement around Chavez in Venezuela, or Nader in the U.S., or Cindy Sheehan? Different revolutionary parties have adopted radically different approaches to these questions. How does one determine which approach is correct?

(3) In close conjunction with the preceding point, how does one intervene in a specific historical situation? For example, some call for votes for people like Chavez and Sheehan and offer them critical support. Many groups on the left do not do this. What demands do we raise in a union struggle? If one does not provide the correct answers to these questions, one can sometimes perform a major disservice to the working class. However, when some members of the revolutionary party have successfully led struggles in the past, or have participated in them, these experiences provide a wealth of knowledge that can be applied to similar struggles in the present and future. In this way, the party can become a repository of wisdom that can illuminate the path forward.

(4) One learns through all this that Marxism is indeed a science, meaning that it is a rational body of knowledge. Most people today who consider themselves Marxists have no clue how to conduct a rational Marxist analysis. They think all you have to do is declare yourself a revolutionary and suddenly you acquire perfect theoretical vision. Or they think that Marxism is a fundamentally mechanical way of thinking where one simply adds transitional demands, such as workers control, to every struggle. Anything less, in their opinion, constitutes a betrayal of the working class. It takes years of hard work and experience before one becomes adept at providing a genuine Marxist approach. And even when one becomes proficient, mistakes will be made.

All the above points indicate that mastering Marxist theory requires training. And training can best be acquired in a group where discussions are conducted regularly. Moreover, the educational process within a party, when properly conducted, does not stem from the top-down where some esteemed leader simply offers correct analyses from on high. It helps if some members of the party have experience, both theoretically and practically. But all situations are in some sense new and require a new analysis. And the proper analysis can best be achieved through a process of discussion where everyone contributes.

Secondly, aside from education, a revolutionary party can provide a practical benefit. When a group, even a small group, acts in a coordinated way, it can have a significant impact on the course of events. The Socialist Workers Party (SWP) never had more than a few thousand members, but even The New York Times had to acknowledge that its impact was far greater than its numbers would suggest. For example, during the antiwar movement around the U.S. war in Vietnam, the SWP eventually succeeded in winning the majority to the slogan: Bring the Troops Home Now. The Communist Party, on the other hand, peddled the slogan, Negotiate Now, as if the U.S. government had a right to negotiate Vietnam’s future with the Vietnamese government. By adopting the SWP slogan, the antiwar movement exerted much more pressure on the U.S. government to withdraw. Moreover, the SWP slogan was specifically formulated with the idea of winning G.I.’s in the military to an antiwar position. The SWP knew the G.I.’s wanted to come home, and when they did return, many joined the antiwar movement. But more importantly, in part because of the antiwar movement, many G.I.’s began to oppose the war while still stationed in Vietnam. That fact made it extremely difficult for the U.S. to continue to conduct the war. In any case, the Spartacist slogan, Drive the G.I.’s into the Sea, obviously did not strike a receptive chord among the G.I.’s, and the Spartacists had no impact on the course of events.

Although this is far from apparent to most people, the capitalist class realizes its hold on power is tenuous. After all, the capitalists constitute only a small minority of the population. However, the working class represents the vast majority, it occupies the moral high ground, but it constantly suffers from a society that does not operate in its interests. Consequently, representatives of the capitalist class, particularly politicians and the media, incessantly attempt to convince the working class that fundamental change is impossible. They use many subtle tricks in order to accomplish this. For example, there might be a huge antiwar demonstration in San Francisco and The New York Times will not report it, as if to say what ordinary people do is of no significance. Or The New York Times will state that single-payer health care is not an option because the political will to promote it is absent. But The Times does not mention the fact that most people in the U.S. want a single-payer health care system. So The New York Times insinuates that what most people want is irrelevant.

These are just a few examples of the subtle ways used to demoralize people who want fundamental change. But once people are demoralized, the battle is lost because then they won’t put up a fight. And, of course, at this point in history in this country, most working people are severely demoralized. And as the economy continues its downward dive while spreading suffering far and wide, working people will become even more demoralized in the coming year, if there is no mass struggle that successfully resists these conditions.

As isolated individuals, we become easily demoralized, in part because we lack the means to initiate significant change and in part because we are not members of a party that can help shield us from the ideological warfare waged by the capitalist class. So the point of joining a party is to refuse to give up. Joining is a refusal to become a victim of demoralization. Instead, we resolve to put up a fight and try to convince others to do the same. And if we do not put up a struggle, we can be assured that the capitalists will get emboldened and make things much worse for us than otherwise.

However, having educated ourselves, when workers are engaged in struggle, we can make a contribution by perhaps proposing the correct demands to form the basis of a united front, or by perhaps suggesting the right tactic to adopt in a specific situation, or even by perhaps leading the struggle itself. In the process we will help educate other workers so that they will be in a better position to launch a struggle aimed at self-liberation. And in the final analysis we can take some satisfaction in knowing that we helped create a better world.

The Case for Socialism