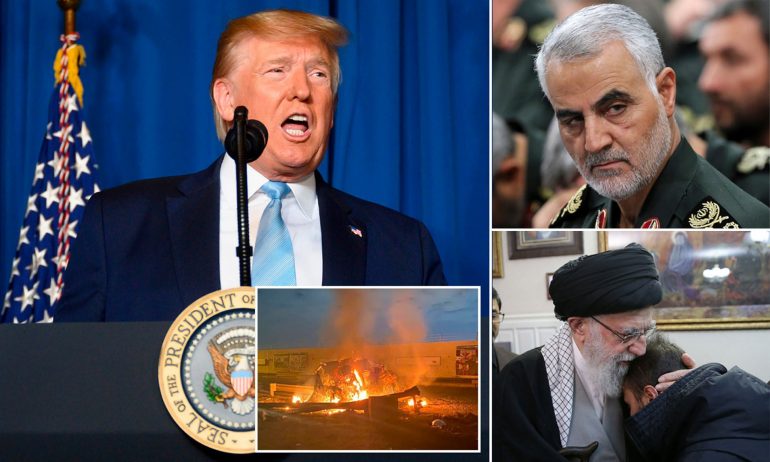 Obama’s foreign policy is bound in a thousand knots, all threatening to unwind. At the same time that the U.S. is engaged in nuclear negotiations with Iran the two are fighting proxy wars against each other in Yemen and Syria.

Which begs the question: are the nuclear talks with Iran really that meaningful, if war is what’s practiced?

Yes, Obama has overcome the objections of the Republicans and the Israeli lobby to pursue the negotiations with Iran. But bombs speak louder than treaties.

Now Obama has turned up the Yemeni war-dial by announcing the U.S. Navy is being parked off the coast of Yemen to tighten the naval blockade, itself an act of war. Interestingly, the media was told explicitly that the U.S. Navy’s presence was directed against Iran to prevent weapon shipments from Iran to the Yemeni Houthis that now rule most of the country.

At the same time that Obama is preventing the Houthis from being armed, he is pouring military hardware into Saudi Arabia, which is using it to bomb Yemen to smithereens, killing hundreds of civilians in the process (the Saudis recently announced an end to their ineffective bombing campaign).

And for what? The stated goal of the Saudi-U.S. war on Yemen is to reinstate the hated Yemeni dictator, Abed Rabbo Mansour Hadi, who has no political legitimacy or social support inside of Yemen. The Houthis have much broader support than Hadi ever had.

It’s a terrible misnomer to label the current Yemeni conflict as a Saudi war. The Saudi’s military is completely funded, trained, and directed by the U.S. military. The Saudi military doesn’t sneeze unless it has U.S. permission. And the Saudis would be unable to wage this war without the key additional U.S. support, including refueling Saudi aircraft and directing the warplanes where to bomb.

In short, Obama could end this war with one public statement demanding Saudi Arabia cease and desist. War over.

But instead, the U.S.-Saudi war on Yemen was allowed to deepen, becoming a humanitarian catastrophe. The U.S.-Saudi forces have essentially blockaded the entire country, preventing anything from coming and going in Yemen, meaning that fuel, food, and basic medical supplies are evaporating.

According to an Oxfam spokesperson:

“…land, sea and air routes must be re-opened [in Yemen] to allow basic commodities like food, fuel and medical supplies to reach millions in desperate need.”

Which brings us back to Iran. It’s difficult to predict Obama’s intentions in participating in “historic” nuclear talks with Iran, while the Yemen and Syria wars continue. Many have argued that Obama’s Iran policy is part of a fundamental shift in his Middle East policy, which is an attempt to become less dependent on Israel and Saudi Arabia.

But ultimately — as the war in Yemen proves — the U.S. will continue to prioritize Saudi Arabia and Israel over Iran. The reason is simple: U.S. foreign policy depends on allies willing to do basically whatever the U.S. wants, a kind of alliance that is rare and takes years to foster and maintain. Unlike the stalwart Saudis and other Gulf monarchy dictatorships, no one expects the Iranians to become subservient to U.S. foreign policy.

Furthermore, the current “strong allies” of the U.S. all view Iran as an “existential” enemy, by virtue of historic, religious, and most importantly, economic rivalries. Iran is a regional power in a region of competing regional powers, most notably Saudi Arabia, Turkey, and Israel, and all.