How Obama is a Direct Accomplice in Israeli War Crimes 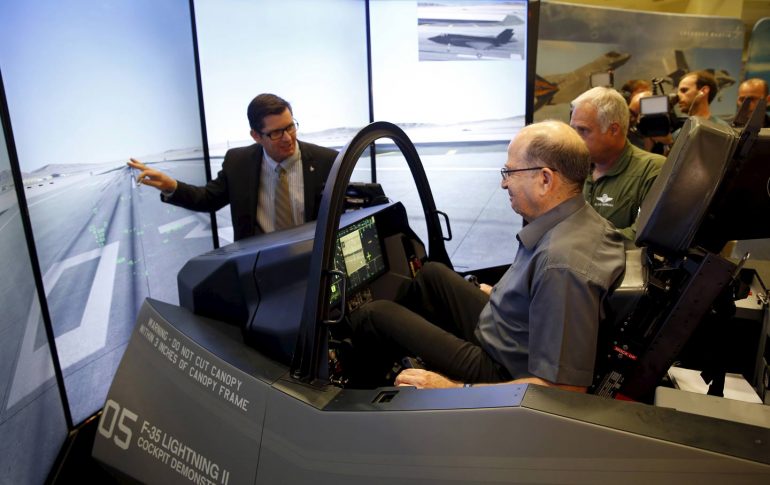 To assist in a crime makes one a criminal by any legal standard. And the biggest crimes of all are war crimes, since they kill en masse and showcase the cruelest form of human behavior.

The fact that Israel is actively committing war crimes in the Gaza Strip is not open to debate, since a cursory glance at the conflict obviously exposes them in practice.

The two most glaring war crimes Israel is committing — as defined by the Geneva Convention — are the concepts of “collective punishment” and “necessity and proportionality.”

Under collective punishment, a warring party cannot respond to an attack by waging war on the attacker’s community, as is clearly happening in Gaza. The clearest proof that collective punishment is being used is that a 1,000 Gaza homes have been destroyed and the majority of the casualties are civilians.

Under “necessity and proportionality” a warring party must only use the amount of force necessary to defeat the opponent; disproportional force is a crime. So, for example, if Hamas fires wimpy rockets that kill virtually no Israelis, then it is “disproportionate” for Israel to rain massive bombs, missiles, and artillery to reduce large sections of Gaza to rubble. Even Britain’s Deputy Prime Minister Nick Clegg called the Israel attack a “deliberately disproportiate form of collective punishment.”

It is also a specific war crime to deliberately attack civilians, and especially to attack facilities treating the wounded. But Israel has attacked al-Aqsa hospital in Gaza four times, according to Reuters. The latest shelling of al-Aqsa killed 4 and wounded 70.

Even the pro-western Human Rights Watch has denounced Israel for committing war crimes:

“Israeli air attacks in Gaza investigated by Human Rights Watch have been targeting apparent civilian structures and killing civilians in violation of the laws of war.”

Obama’s aiding and abetting Israeli war crimes is also closed to debate, since his administration stands guilty from the very beginning of the conflict by shielding Israel from international political pressure, hiding its war crimes by deliberate misrepresenting what is happening, and giving political space for the war to continue by not intervening directly.

It was a blatantly laughable lie when Obama said that his government was “using all means” to achieve a ceasefire early in the conflict.

The U.S. influence over Israel is tremendous, and Obama could have ended the conflict in the first hour by simply declaring, “If Israel does not stop its attack on Gaza, the U.S. will refuse further military and financial assistance and sever all diplomatic and political ties.” War over.

Instead of taking this action, or any action for that matter, Obama sat on the sidelines. In fact, Obama deliberately waited until the end of the second week of the war to even send his Secretary of State John Kerry to broker a ceasefire deal. Of course, Obama could have come himself.

Obama further assisted in Israeli war crimes by repeatedly justifying Israel’s right to commit them, deceitfully placing all Israel’s actions under the big umbrella of “self-defense.” Again, war crimes are war crimes and were purposefully created to trump any excuse of self-defense.

After ten days of a brutal bombing campaign an Israeli ground invasion was announced, which everyone knew would intensify the bloodshed. This would have been a key moment for the U.S. government to finally intervene. But instead, as ABC News reports:

“President Barack Obama said Friday that he encouraged Israel’s leader to minimize civilian deaths in its ground push into Hamas-ruled Gaza, while letting him know that the U.S. supports Israel’s right to self defense.”

A statement like this can be interpreted to mean only one thing: a green light to continue the massacre.

When John Kerry was finally sent to the Middle East to broker a peace deal, he was still making excuses for Israeli’s war crimes. USA Today reports:

“Kerry also blamed the latest wave of violence on what he called Israel’s “legitimate” efforts to pursue and punish those who last month kidnapped and killed three Israeli teenagers whose bodies were found in the West Bank.”

Again, bombing a whole city because three Israeli teens were killed is disproportional collective punishment — war crimes. There is also no evidence that Hamas is responsible for the death of three Israeli teens, which it has denied since day one.

The colossally disproportionate aspect of the war has been continually smoothed over by the Obama administration, which consistently lumps Palestinian and Israeli civilian deaths evenly together, as if they were happening with equal frequency. But in reality the 550 Palestinians that have been killed and 3,500 wounded are mostly civilians, while the few dozen Israeli’s who’ve died have been mostly soldiers.

How dangerous are the Hamas rockets that the Obama administration endlessly talks about? CBS news recently reported:

This has been the story of the conflict in which Obama has justified the complete destruction of the Gaza Strip by continually saying “no nation should accept rockets being fired into its borders.”

Obama’s muted language about Israel’s aggression can be compared to the recently shot down Malaysian jet, for which Obama summoned his “outrage” while instantly blaming the pro-Russian Ukrainians, though without a shred of evidence.

But most of the world believes Israel’s actions are outrageous, an opinion not allowed to be expressed at the United Nations, thanks again to the Obama administration, which used its clout to sterilize Israel’s actions by limiting the UN’s statement on the conflict.

Specifically, the Obama administration used its influence over the UN Security Council to limit its statement to “serious concern” about civilian casualties on “both sides” of the conflict, thus white washing the nature of events and providing the aggressor with invaluable political breathing space.

The Obama administration has also assisted Israeli War Crimes by continually blaming Hamas for not agreeing to the Egyptian brokered ceasefire agreement. Hamas is the elected government of the Gaza Strip, and thus has a right to not agree to a ceasefire agreement. But of course Hamas’ not agreeing to the Egyptian agreement does not justify a continual Israeli blitzkrieg of the Gaza Strip, though the Obama administration’s logic implies exactly this.

Lastly, the Obama administration has consistently lied about the origins of this bloodbath. The three dead Israeli teens were not the cause of this conflict, but the pretext, which the Israeli government consciously exploited to promote war among the Israeli population.

The real cause of the war was the recent alliance between the Palestinian Authority — which governs the West Bank — and Hamas, which governs the Gaza Strip. This alliance gave the Palestinians their strongest hand in bargaining with Israel in perhaps decades, which was enough to spark a new round of massacres from the Israeli government in an effort to re-balance the bargaining table.

This ongoing bloody dynamic continues in large part because the U.S. government allows it. The vast majority of people across the world are denouncing Israel’s war crimes against the Palestinians, and so too must U.S. citizens denounce their government’s criminal actions in assisting Israeli war crimes.

How U.S. Support of Israel Undermines the U.S.