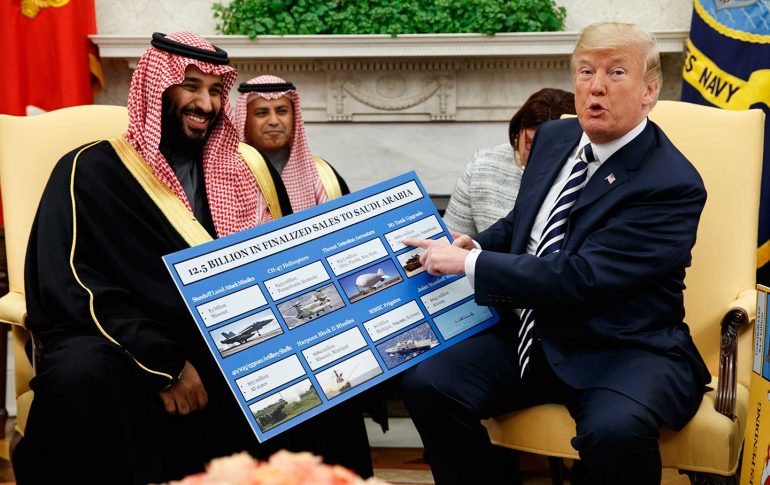 When the Syrian war jumped its borders into Iraq, surrounding nations had a perfect chance to peacefully cooperate. They’ve thus far refused. The war in Syria now seems to be shifting to Iraq, and the big actors in the regional drama are recklessly pushing events toward more conflict that could transform a regional proxy war into a direct multi-nation battle.

The Islamic State of Iraq and Syria (ISIS) now controls giant swaths of two nations, which are surrounded by countries that either fear ISIS or previously supported it. Old alliances are being tested as Syria and Iran come to the defense of the Iraqi government against ISIS, while the opposing alliance of U.S., Israel and the Gulf State monarchies are finding their unofficial union strained under the pressure of swelling paradoxes.

For example, the U.S. is supposedly fighting a war on terrorism, but has been in an unofficial military alliance with ISIS and other al-Qaeda groups in Syria, since all of them were actively waging war on the Syrian government.

When ISIS invaded Iraq the governments of Syria and Iran immediately offered assistance, while Obama stalled. Then, strangely, Obama’s Secretary of State John Kerry “warned” Syria against air attacks targeting ISIS in Iraq, a move that was welcomed by the Iraqi government. Kerry’s warning was also meant for Iran, which is finding itself sucked deeper into the two-nation war that now threatens Iran’s border.

As Iraq, Syria and Iran are busy fighting ISIS, what are the U.S. and Israel doing? They are continuing their war against Syria, the war that gave ISIS a new lease on life.

Iraq begged Obama to deliver promised fighter jets to fight ISIS, Obama chose instead to give extra aid to the U.S. backed Syrian rebels, to the tune of $500 million. The Syrian rebels have been completely dominated by Islamic extremists for at least two years.

Israel, for its part, also ignored ISIS and instead bombed nine Syrian military targets. Israel has bombed Syria several times in the last year, rather than bombing ISIS or the other al-Qaeda groups attacking Syria. In reality, an emerging regional war already exists, but is being minimized or ignored by the media.

Because the U.S. would rather fund Islamic extremists in Syria, the Iraqi government requested and received fighter jets from Russia, which will inevitably create more strain between the Iraqi and U.S. governments, since giving and receiving military aid is a crucial way that countries cement alliances and exert influence.

When nations that receive military aid are disobedient, the big war toys are held back as a way to exert leverage. The Iraqi President, Nouri al-Maliki, let his political naivety blind him to this reality, and recently admitted that Iraq was “delusional” to rely completely on U.S. military aid, since Obama is using the ISIS threat and the withholding of aid to pressure Iraqi politicians to ditch al-Maliki, essentially a “legal” form of regime change that will act more in accord with U.S. interests against Iran and Syria. Obama has wanted to replace al-Maliki ever since the Iraqi president refused to join Obama’s war against Syria.

As the Syria-Iraq war expands, the greater the gravitational pull it will exert on surrounding nations, who can’t resist the big profits associated with mass killing. Others will participate indirectly to protect their borders, until they too are drawn in by the centripetal forces of war.

After participating in the Syrian war through proxies like Saudi Arabia and Qatar, the Obama administration finds itself neck deep in the Syrian-Iraqi blood bath, finding it difficult not to join the other sharks in the feeding frenzy.

Obama’s “hands off” approach to Iraq is temporary and strategic, and is in reality “hands on” behind the scenes.  As the war spreads across borders Obama will find it less possible to abstain, since Iran, Syria and Russia will gain wider regional influence at his expense, which is happening by the minute.

The Syria-Iraq war is testing the resilience of decades-long alliances, even the future of the modern nation state, which lies at the foundation of post-WWII international law. This legal sanctity of the nation-state was emphasized by the Nuremberg trials after WWII, which established that the Nazis biggest war crime was not genocide or the holocaust, but the military invasion of sovereign nations, which created the conditions for regional and world war. The only legal war under international law is a defensive one.

But now regional wars are becoming commonplace, and borders are ignored as big powers pay and arm proxy militias to attack governments. More importantly, the U.S.-led invasions of Afghanistan, Iraq, and Libya have essentially eviscerated global international law, since the UN has been powerless in protecting sovereign nations against the aggression of the world’s only superpower. The U.S. invasions have created a climate where the nation-state has lost its revered status, increasing the likelihood of more war, since the old rules no longer apply.

Obama’s recent actions prove he has no intention of leaving the Middle East. As the Syrian war was spilling into Iraq, Obama requested $5 billion more for Middle East war, as if the gargantuan military budget wasn’t already enough. According to The New York Times:

“The White House is asking for $4 billion to go to the Pentagon and $1 billion to the State Department for other counterterrorism operations, including training and equipping partner countries (Israel, Saudi Arabia, etc.). Some of the money, administration officials said, would cover increased costs of Special Operations Forces that have deployed around the world, while $1.5 billion would go toward counterterrorism efforts in the neighborhood around Syria: Jordan, Lebanon, Turkey and Iraq.”

This $5 billion represents yet more blood money that will inevitably exacerbate the Middle East inferno. Years of ongoing U.S. military intervention — direct or indirect — has led to the unnecessary death or suffering of millions of people across the Middle East and to the large-scale destruction of Iraq, Afghanistan, Libya, Syria, and now Iraq again.

It is possible, as some are predicting, that Obama will complete a major diplomatic deal that includes Iran and the Kurdish section of Iraq. This, if successful, may create a temporary reprieve from the violence, while creating new ethnic-religious tensions that will inevitably explode again.  Any temporary deal will not eliminate the deeper causes of the war, which lie in the waning influence of the U.S. and its allies, and the rising influence of China and Russia.

All these developments emphasize the need to revive the antiwar movement here in the U.S. Those who oppose U.S. government military adventures around the world should unite and demand that no troops be sent to Iraq, that the U.S. advisors in Iraq should be brought home, and that money should be spent on jobs, education and strengthening the safety net here at home, not on war.

How Obama is a Direct Accomplice in Israeli War Crimes