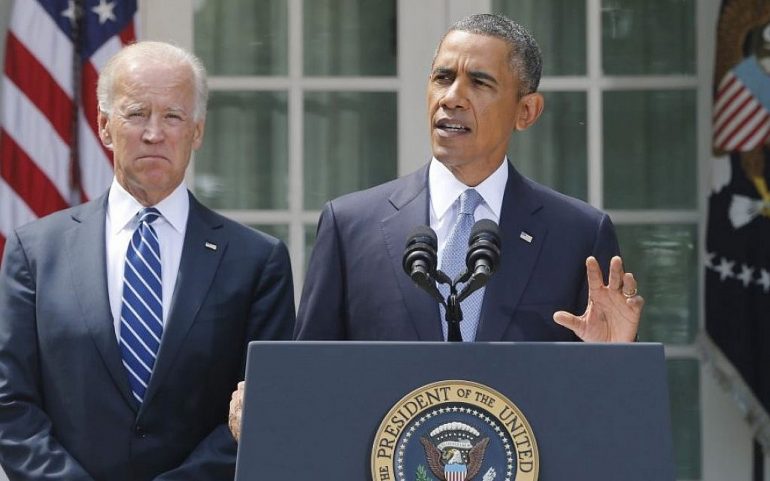 Sometimes bad ideas die slowly. It was only one year ago that Obama announced he would bomb the Syrian government, only to change his mind at the last minute. Now the same fetid war talk is sprouting fresh roots in the ever-fertile U.S. military. Various media outlets reported that the U.S. military might “enforce a no fly zone in Syria to protect civilians from the Syrian government.”

This, just weeks after the U.S. public was told that ISIS was the reason the U.S. military was now in Syria. The 2014 media sound bites mimic the 2013 scare tactics, copying the “humanitarian motives” behind the push towards war with the Syrian government. For example, in 2013 The New York Times blandly discussed the “no fly zone” option:

“To establish buffer zones to protect parts of Turkey or Jordan to provide safe havens for Syrian rebels and a base for delivering humanitarian assistance would require imposing a limited no-fly zone and deploying thousands of American ground forces.”

Fast forward to September 27th 2014, where The New York Times published an article called, “U.S. Considers No Fly Zone to Protect Civilians,” where we read:

A no-fly zone would also require that the U.S. prevent the Syrian air force from flying over Syrian airspace by destroying Syrian fighter jets, i.e., full scale war with the Syrian government and possibly its allies. This last part is always left out, so as to not anger the American public.

Under international law no country has any legal right to carve out a “buffer zone” within another country, even if the no-fly zone was actually well intended. For example, even Canada cannot legally create a buffer zone in Ferguson, Missouri to protect civilians from police violence.

The Syrian government is not bombing random civilians near the Turkish border; they are attacking ISIS and its ideological cousins. These are the same groups that Obama says that he’s waging a war on.

Do civilians die when Syria attacks with bombs? Yes, which is one reason that a lot of popular anger is channeled towards the government in these areas, the same way anger that anger is now mounting against the U.S. bombings for killing civilians in Syria.

If Obama truly wanted to target ISIS he would have included Syria, Iran, and Russia in his anti-ISIS “coalition.” These nations were excluded because Obama’s coalition is the exact same one that only months before was a U.S.-led coalition against the Syrian government. The grouping maintains its original purpose but puts on a new shirt to fool a media that’s content with surface explanations.

But as soon as the newly dressed U.S. coalition started bombing ISIS, various “partners” announced, unsurprisingly, that Assad was “the real problem.” Obama’s Gulf state monarchy partners never had the stomach to fight ISIS, because they and the U.S. are primarily responsible for its growth, as countries like Qatar dumped money and extremist fighters into the arms of ISIS. Qatar recently reiterated that the Syrian government was the “main problem,” not ISIS.

When Obama announced his strategy to fight ISIS, he snuck in a plan to further invest in the Syrian rebels, whom politicians claimed would be used against ISIS. But these rebels are rebelling against the Syrian government, not ISIS.

Obama even discussed his intent at the UN to use the Syrian rebels against the government:

“…America is training and equipping the Syrian opposition to be a counterweight to the terrorists of ISIL and the brutality of the Assad regime.”

The public talk of a no-fly zone is accompanied by no explanation as to the possible repercussions, including the real possibility of an even larger regional war that would likely kill an additional hundreds of thousands and create millions more refugees.

Any U.S. attack on the Syrian government would likely happen sooner than later. The “coalition” of Arab monarchies has lost its patience. The members of this coalition blindly followed Obama into attacking Syria a year ago and were enraged that the president backed out. Saudi Arabia protested by refusing a seat at the UN Security Council.

Obama’s regional follower-allies have invested in an expensive war for three years and have taken on millions of Syrian refugees, creating a destabilizing effect across the region among nations already politically fragile. These shaky regimes cannot support — and would not survive — another three years of war as they wait for Obama to deliver the Syrian deathblow. They demand decisive action, and soon.

History is already condemning the U.S.-led destruction of multiple civilizations in the Middle East, reducing the once-functioning and modern nations of Iraq, Afghanistan, Libya and Syria to dysfunction and chaos, where millions of people flee violence and lose their dignity to the hopelessness of a refugee camp. Funding rebels or imposing no fly zones in already-demolished region will inevitably create more war and backlash, when the overwhelming population among the nations involved would prefer a peaceful solution instead.

Shamus Cooke: Israel Is Heavily Protected by the United States at the UN