Shamus Cooke: Israel Is Heavily Protected by the United States at the UN 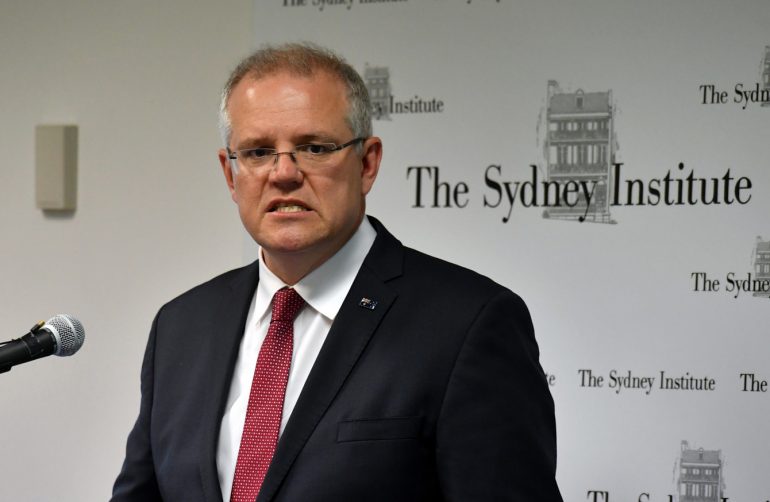 TEHRAN (FNA) — Shamus Cooke, an American labor activist and writer, says that the United States heavily protects the Israeli regime in the United Nations and prevents any resolution against Tel Aviv from being adopted by the Security Council.

Following the 52-day onslaught on the Gaza Strip, which cost the lives of more than 2,100 Palestinians and destroyed a great deal of the urban infrastructure in the besieged territory, including the roads, bridges, hospitals, schools, universities and mosques, the global public opinion is now in a better position to judge the Israeli regime’s conduct, the international responses to it and the reasons why the United Nations didn’t take action to stop the Israeli atrocities.

“President Obama used the UN Security Council to give more time for Israel to complete its attack, as well as helping deflect international criticism. Of course the US would never allow the UN to implement sanctions against Israel, or to launch UN peacekeepers that would protect the Palestinians from Israelis,” said Shamus Cooke in an interview with Fars News Agency.

Noting that the UN has essentially become a “plaything for the United States foreign policy department”, Shamus Cook said that the UN is considered a joke by most of the world.

“Any semi-objective observer would argue that Israel’s disproportionate attack on Gaza constitutes several specific war crimes. A recent report also showed that Israel attacked 350+ factories in Gaza, which proves that the entire Gazan population was the target of the invasion, since the very base of their meager economy was attacked,” he said.

Shamus Cooke is a social service worker, trade unionist and writer for Workers Action whose articles about the Middle East current affairs have been featured by different online and print publications.

In an interview with FNA, Mr. Cooke expounded on his opinions about Israel’s deadly military operation in the Gaza Strip which it codenamed as the Operation Protective Edge and the US government’s support for it. The following is the text of the interview.

Q: As testified by many international observers, Israel has been committing serious war crimes during its massive 52-day-long onslaught on the Gaza Strip, including “collective punishment” and the violation of the principles of “necessity and proportionality” as defined by the Geneva Conventions. Why don’t those international bodies and individuals who set rules and put in place laws to consolidate global peace and security take action against these violations?

A: The UN becomes weaker as global political tensions increase. The most powerful body of the UN, the Security Council, has essentially been used by the United States to achieve its foreign policy goals, for example in Libya, when the US exploited a vaguely-worded UN resolution to implement regime change. And when the UN doesn’t do as the US requests, it is simply ignored, for example in the Iraq invasion.

Q: You wrote in a recent article that if the US President Barack Obama had adopted a firm stance on the Israeli incursion into Gaza from the beginning and threatened Tel Aviv with withdrawing its financial and military assistance in case that it refused to stop its airstrikes on Gaza, the situation would not have reached this critical point. However, there is one issue here. Does Barack Obama, or any other US president, have the sufficient authority and power to stand against Israel and demand it categorically to stop its genocidal policies? Will the influential Israeli lobby in Washington allow the US administration to adopt such a policy?

A: President Obama absolutely has the power to stand up to Israel, and he’s already proven himself capable. The best example of Obama shunning Israel was when he chose not to launch air strikes against the Syrian government in 2013. The Israeli lobby worked overtime to convince Obama and Congress to launch the strikes, but the lobby was ignored. There have been several times in US-Israeli relations where Israel’s priorities were ignored by Washington.

Obama’s ongoing negotiations with Iran have also angered the Israeli government, which fears that any rapprochement with Iran will weaken Israel’s position. The Israeli lobby is still very strong, however, as proved by the fact that all 100 US Senators voted in favor of a resolution supporting Israel in its savage attack on Gaza. But conflict is bound to reemerge between Israel and the United States, with Israel suffering as the weaker partner, since it is critically dependent on the US for financial, military, and political aid.

Q: Israel’s excuse for launching the air, ground and sea attacks on Gaza was the kidnapping and killing of three Jewish settlers that was allegedly committed by Hamas. Even if it’s true that Hamas kidnapped and killed the three teenagers, then would it be a proportionate and logical response to bombard all the civilian infrastructures of a besieged coastal enclave, kill some 2,100 people and even pound its hospitals with rockets and missiles, to simply retaliate the kidnapping of three young boys?

A: Any semi-objective observer would argue that Israel’s disproportionate attack on Gaza constitutes several specific war crimes. A recent report also showed that Israel attacked 350+ factories in Gaza, which proves that the entire Gazan population was the target of the invasion, since the very base of their meager economy was attacked. This new economic attack will heighten the humanitarian crisis caused by the invasion and ongoing blockade. No population should ever have to endure such suffering, similar to what the Jews suffered under Nazi Germany. But it is exactly this savageness that is quickly turning world opinion strongly against Israel, which will make it more difficult in the future for the US to offer any support to Israel during the next assault on Gaza, or Hezbollah, or Syria, etc.

Q: What do you think regarding the UN’s response to the war on Gaza and the mass killing of the Palestinian citizens in the besieged territory? The Security Council, which is purportedly in charge of maintaining global peace and security, simply expressed its “serious concern” over the civilian casualties “on both sides”, instead of issuing a resolution to call on Israel to halt its airstrikes that have seized hundreds of innocent lives. Why has the Security Council become so passive and submissive to Israel?

A: The Security Council is in a constant tug of war between the US and Europe on one side, versus Russia, China, Iran, and many other countries on the other. But the Security Council is dominated by US and European allies, and when US allied nations are directly involved in atrocities, like Israel was against Gaza, then the US uses the UN to limit international outcry, while preventing actions that could stop the attacks.

President Obama used the UN Security Council to give more time for Israel to complete its attack, as well as helping deflect international criticism. Of course the US would never allow the UN to implement sanctions against Israel, or to launch UN peacekeepers that would protect the Palestinians from Israelis. The UN has essentially become a plaything for the United States foreign policy department, which is why the UN is considered a joke by most of the world. As long as the US views itself as a colossal military power accountable to no one, the UN’s ability to intervene anywhere effectively is stunted, if not useless.

Q: Does the US public support the government’s policy towards the Israel-Palestinian conflict? There have been rallies and demonstrations in different US cities in condemnation of the Israeli atrocities; however, the US government cannot maintain its sponsorship of Israel without the moral support of its people. What do the opinion polls or the experimental observations say about the American public’s attitude toward the Israeli carnage in the Gaza Strip?

A: The Israeli attack on Gaza was a watershed moment in the United States, drastically changing public opinion against Israel. In Washington D.C. tens of thousands of people denounced Israel’s invasion, and cities across the United States held protests of thousands of people. Millions of Americans have watched videos on Facebook and other social media that show Israel’s crimes against the Palestinians. A recent US poll showed that the majority of young people in the United States blame Israel for the conflict, which is incredible since all of the coverage by US mainstream media is overwhelmingly pro-Israel.

Will this be enough to change future US government support for Israel? That is hard to say. The US government consistently ignores the attitudes of its citizens. For example, before the US invaded Iraq in 2003, hundreds of thousands of Americans protested in the streets against the invasion, and it happened anyway.

In fact, a Princeton University study proved that the US is not a democracy at all, but an oligarchy, dominated by a small group of very rich people. It therefore becomes increasingly difficult to find the opinions of Americans expressed in their government. Instead, we see only the priorities of the rich and big corporations reflected in government policy. When it comes to Israel, US public opinion faces an additional hurdle — on top of the barrier of AIPAC: Israel serves as a bastion of US power abroad, and the US military relies on Israel to take military actions that are politically unpopular in the United States, for example Israel’s many bombing incursions into Syria over the past year.

Q: A number of commentators, including yourself, have noted that the recent unity deal between the West Bank-based Fatah party and Hamas in the Gaza Strip was one of the main causes that provoked the Israeli aggression, as the Tel Aviv leaders find a coalition government in Palestine a serious threat to their plans for taking control over the entire Occupied Territories. What’s your take on that?

A: The brief unity between Hamas and Fatah was without question one of the triggering events of the war. As long as Israel can politically divide the West Bank from Gaza, dominating both becomes exponentially easier. Divide and rule has been Israel’s strategy for decades, having first succeeded in the Camp David Accords, when Israel achieved a much-wanted separate peace with Egypt that divided the pan-Arab movement. When Jordan also made a separate Israeli peace deal, the Palestinians were further isolated, since their fate had long been tied to the support they were given by regional powers.

Why Obama Rejected Peace With Iran