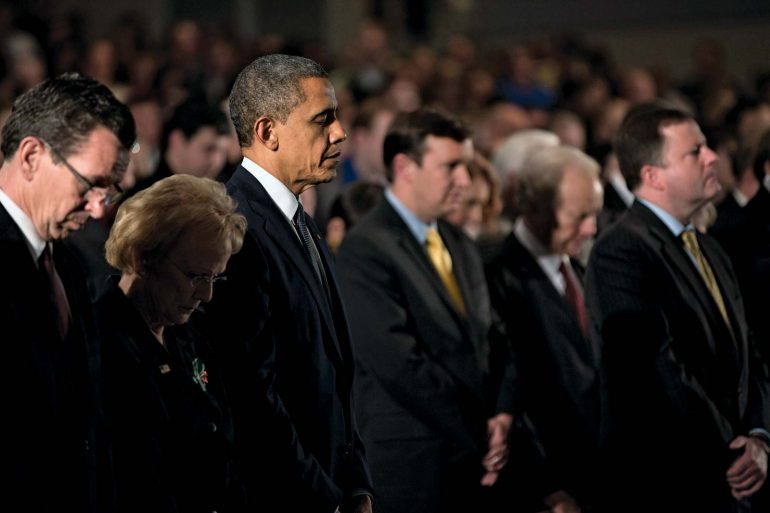 Living in denial is the easiest way to avoid hard truths, but it’s a horrible way for a government to conduct foreign policy. Obama’s Secretary of State John Kerry recently scoffed at the elections in Syria, calling them “meaningless.” The U.S. media obediently agreed, while the rest of the world drew a much more realistic opinion. It’s true that an election during an ongoing conflict isn’t ideal for democracy, but the deeper truths exposed by the election were completely ignored by the U.S. government and media.

Interestingly, few governments or media outlets doubted that the election in Syria was fair for those who were able to vote. There were no large-scale allegations of fraud, and the numbers announced by the government weren’t seriously contested.

The results of the election weren’t a surprise to anyone familiar with Syrian domestic politics. RT points out the two most obvious reasons Assad’s victory was assured:

1) The president never lost the support of his core constituencies — the Syrian armed forces, the government and business elite, the major cities, the minorities (Christians, Druze, Alawites, Shia, etc.) and secular Sunni (most of the 3 million members of the Baath Party are Sunni).

2) The opposition was fundamentally unable to present a cohesive front and a common political platform — this includes both domestic and external opponents — let alone rally behind a single candidate.

While ignoring these clear truths, John Kerry attempted to justify his characterization of the election as “meaningless,” by adding “…you can’t have an election where millions of your people don’t even have an ability to vote.”

Kerry’s point, although true, would hold greater weight if not for the fact that the Syrian Government controls all but one major city in Syria. Most of the Syrian rebel strength is in the less populated rural areas.

Therefore, it’s quite meaningful that 73 percent of eligible voters went to the polls and that 88 percent of them voted for Assad. Eleven out of 15 million apparently voted. And although one could likely poke further holes in the electoral process, the general sentiment in Syria found expression, the meaning of which was accepted by most of the world.

Equally meaningful was the huge voter turnout in neighboring countries, though especially Lebanon and Jordan, where tens of thousands of Syrian refugees voted at the Syrian embassy overwhelmingly in favor of Assad. Of course this fact directly contradicts the longstanding lie that these refugees were all “victims of Assad.”

In fact, Syrian citizens around the world voted at their embassies, overwhelmingly for Assad. This didn’t make the U.S. media think twice about their strict anti-Assad narrative. Ignorance is bliss. The media had a similarly muted attitude when thousands of pro-Assad Syrian protestors across the U.S. attended anti-war protests in response to Obama’s plan to bomb Syria.

Perhaps the deepest truth the Syrian elections exposed is that, were it not for the U.S. and its allies, the war in Syria would have long ago ended, and tens of thousands of lives spared. Millions of refugees would not be homeless.

It’s now very clear that the motor force of war in Syria has long been orchestrated from the outside. The people on the inside want peace. The media has long acknowledged that Obama’s CIA has led regional allies Saudi Arabia, Qatar, Turkey, etc., against the Syrian government, by funneling guns and training foreign fighters. Without this the rebels would have been crushed long ago.

Ultimately the elections proved that the catastrophic war in Syria is not the will of the Syrian people. Many likely voted in favor of Assad simply to show the world that they don’t support the rebels — that they want an immediate end to the insane war that has nearly destroyed an entire nation.

Will Obama listen? Not likely. John Kerry’s blathering about the election was out of sync with most of the world, but in line with the Obama administration’s consistently out of touch perspective about the situation in Syria.

Stunningly, when the official spokeswoman for Obama’s State Department, Jen Pskai was recently asked if the administration still believes that Assad’s “days are numbered,” she responded by saying “yes we do.” Being in denial too long can resemble psychosis.

Obama also recently re-enforced his failed Syria policy in his big speech at the West Point military academy, where he said he would “…ramp up support for those in the Syrian opposition who offer the best alternative to terrorists and brutal dictators.”

To “ramp up” support for the Syrian rebels at this point merely means only one thing; that much more blood is about to be spilled. And for what?

Obama’s West Point plan to “arm the Syrian moderates” is the same worn-out “strategy” that Obama has used since 2011 to justify his support of cash, arms, and training to the Syrian rebels, which has artificially lengthened the Syrian catastrophe while directly resulting in a the revival of Islamic extremism and terrorism in the region.

Ironically, Obama’s West Point speech also mentioned a plan to create a $5 billion dollar regional anti-terrorism fund, no doubt a way to “legally” funnel more money to further target the Assad government while creating yet more terrorists in the process.

It was also revealed recently that Obama is now supplying rebel groups with sophisticated anti-tank missile launchers, ensuring that blood will flow more freely. By continuing down this policy that the Syrian people have clearly rejected, Obama is proving that he cares nothing for democracy nor for the lives of the people in Syria. Nor does he care about the will of the American people: In a 2013 poll conducted by the Pew Research Center “70% of Americans oppose arming the Syrian rebels.”

The number is likely much higher now.

At home and abroad Obama’s Syrian policy has been condemned as a failure, yet he shows no signs of stopping, even after most Syrians voted for peace. This is the same peace that Americans and the rest of the world demand.