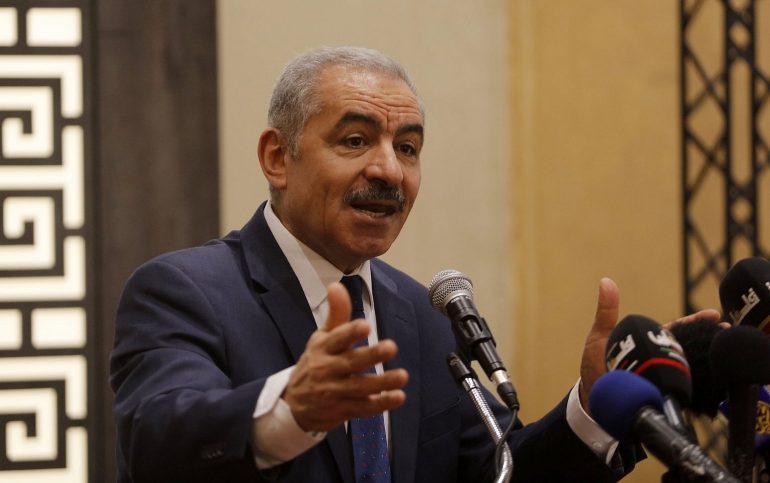 With the recent Israeli war on Gaza resulting in the deaths of over two thousand Palestinians along with the massive destruction of an already fragile and minimal infrastructure, revolutionary socialists are once again revisiting the question of whether they should embrace a one-state or two-state solution to the seemingly endless conflict between Israel and the Palestinians.

In order to untangle the various principles involved and place them in their appropriate context, it will be helpful to begin with the crucial principle of the right of oppressed nationalities to self-determination — a principle emphasized by both revolutionaries Lenin and Trotsky — since it operates on several levels of this conflict.

The right of self-determination of oppressed nationalities received prominence in the course of the Russian revolution. The Russian empire forcefully incorporated many diverse nationalities within its borders and established exploitative relations with them. The question, then, was what position the Russian Marxist revolutionaries should adopt in relation to them in the course of the coming revolution, since some nationalities were expressing the desire to secede from the empire. Socialism is supposed to embrace international solidarity among working people. Nation-states divide the world’s working class into different countries with often seemingly different interests. So one might conclude that calling for these oppressed nationalities to remain within the boundary of a new revolutionary Russia would be the more progressive position.

Nevertheless, Lenin and Trotsky insisted on the right of oppressed nationalities to self-determination, meaning that they have the right to decide their own destiny. If they decided, for example, to secede and create a separate nation-state, socialists were obligated to support this decision. Similarly, if they decided to remain within the oppressive nation, but one that has been transformed through revolution with equal rights for all, then socialists were obligated to support that decision as well. The right to self-determination does not require that the oppressed nationality secede. Rather, it means that they have the right to choose whether to remain or separate.

The reasoning of Lenin and Trotsky was straightforward. Support of the right to self-determination of oppressed nationalities in their mind would positively contribute to the world socialist revolution by helping to unite the working classes of the oppressor and oppressed nations, whereas its denial would constitute an obstacle to that goal.

Lenin argued in this way: “… we want large states and the closer unity and even fusion of nations, only on a truly democratic, truly internationalist basis, which is inconceivable without the freedom to secede.” (“The Revolutionary Proletariat and the Right of Nations to Self-Determination”). In a slightly later essay, Lenin added: “Only the recognition by the proletariat of the right of nations to secede can ensure complete solidarity among the workers of the various nations and help to bring the nations closer together on truly democratic lines.” (The Seventh All-Russia Conference of the R.S.D.L.P.).

Trotsky made similar observations when discussing Black Nationalism with members of the U.S. Socialist Workers Party: “The Austrian Social Democrats said that the national minorities were not nations. What do we see today? The separated pieces [of the old Austro-Hungarian empire…] exist, rather bad, but they exist. The Bolsheviks fought for Russia always for the self-determination of the national minorities including the right of complete separation. And yet, by achieving self-determination these groups remained with the Soviet Union… The dialectic of the developments shows that where tight centralism existed the state went to pieces and where the complete self-determination was proposed a real state emerged and remained united.”

When applying this principle to the situation of Israel and Palestine, it means above all that the Palestinian people, because they are an oppressed nationality in relation to Israel, should be guaranteed the right to self-determination, meaning that socialists should defend their right to establish a separate state or remain within a transformed Israel with equal rights, whichever they choose. This means, then, that the right of the Palestinians to remain in what is now Israel supersedes the right of Israelis to a purely Jewish state. The unequivocal demand by some socialists for a two-state solution essentially is denying the Palestinian people the right to self-determination since it imposes on them a single alternative.

One might raise the objection that the Jews of Israel also constitute an oppressed nationality, given the horrifying oppression they suffered at the hands of Europeans, particularly with the holocaust, and therefore they, too, deserve the right of self-determination. It is on this basis that many defend their right to a Jewish state and accordingly call for a two-state solution.

However, while many Israeli Jews have been an oppressed people in relation to Europe, they constitute the oppressor nationality in relation to the Palestinian people. The Israelis have benefited from the oppression of the Palestinians in numerous ways. In some cases they have taken over the houses of the Palestinians. They have confiscated huge amounts of Palestinian land, and continue to take more. They take the water resources. Virtually the entire Jewish population in Israel has benefited from the expropriation of these resources to one degree or another, including the Jewish working class. In socialism, there is no right of oppressor nations to self-determination.

Therefore, Israeli Jews have no absolute right to a separate nation in Palestine if the Palestinian people demand, for example, to remain in what is now Israel with equal rights. And currently, according to the most recent poll, the vast majority of Palestinians are calling for a single state; less than one-third support the two-state solution.

Having said this, however, socialists can still raise the question which alternative would be more conducive to the well-being of the Palestinian working class and the world socialist revolution. If this alternative is not compatible with the current consciousness of the Palestinian working class, socialists could embark on a campaign to try to convince them of its merits. After all, consciousness is not something that is fixed in stone but can be profoundly influenced by a consistent political perspective that connects with the needs of the working class, as happened in the Russian Revolution.

We believe that the creation of a single, democratic, secular workers’ state throughout what is now Israel and the Occupied Territories (including Gaza) with equal civil, cultural and religious rights for all represents the correct alternative. In other words, this would constitute a Palestine that ranges “from the river to the sea.” Such a solution would involve the right of return of the Palestinian people to their homes and the return of their confiscated land or, if they chose, an equivalent monetary compensation. In this way the crimes of the past perpetrated by Israel on the Palestinians could be redressed, the wounds could begin to heal, and equality could be established between Jews and Palestinians.

Israel does not grant entirely equal rights to its Palestinian citizens. As long as Israel remains a Jewish state, the Israeli Palestinians will lack equal rights and be relegated to second-class status, because such a state, by definition, exists above all for the sake of its Jewish citizens. When the Palestinians join the Israeli military, as some have done, they are fighting for the existence of a Jewish state, not a Jewish and Arab state. Yet the Palestinians constitute a highly significant 20 percent of the total population, and if they have no interest in relocating into a Palestinian state — and as an oppressed nationality they are not required to do this — then they will be condemned to permanent second-class citizenship. As long as Israel is a Jewish, religious state, neither Muslims nor Christians will enjoy equal rights.

Furthermore, a democratic secular Palestine with equal civil, cultural and religious rights would mean that the Jewish population could continue to practice their religious and cultural traditions. They would enjoy full equality with the Palestinian population.

One might argue that resentments between Jews and Palestinians have reached such a fever pitch that a single state has become entirely unrealistic. But socialism requires that working classes of different nationalities regard themselves as having common interests in opposition to their respective ruling classes. Only a deformed kind of socialism could be built on the practice of placing nationality above class — as both the Israeli and Palestinian ruling classes do — where Palestinian and Jewish workers opt to live with their own respective ruling classes and not with one another. Therefore, socialists need to convince both Jewish and Palestinian workers that their interests in fact lie in an alliance with one another. And, as Lenin and Trotsky argued, such an alliance can only be achieved on the basis of equality. This means that the Jewish working class must be prepared to relinquish the advantages that it has gained through the oppression and exploitation of the Palestinian people. A so-called two-state solution would not require these sacrifices.

Moreover, although antagonisms between Jewish and Palestinian workers have intensified in the recent past, consciousness can change quickly, especially in revolutionary periods. During the height of the Arab Spring, protests broke out in Israel where the Israeli working class organized massive demonstrations and demanded reductions in the cost of living. What was particularly significant was their decision to borrow chants from the Arab demonstrations: “The people demand social justice.” The Israeli working class intuitively felt allied with the Arab demonstrators while demonstrating against their own ruling class.

But this means that it is entirely realistic to propose that the Palestinians and Israeli workers reach out to one another with the transitional demands that are most important to all of them, including affordable housing, jobs for all, and affordable food and fuel. These are demands that propelled both Jewish workers to demonstrate in Israel and Arabs to demonstrate throughout the Middle East. They constitute the basis of a powerful working-class alliance. And they are overwhelmingly the demands of the majority in each country.

For this reason, winning real liberation for both the Palestinian and Jewish workers requires that they join together and create a single, secular, democratic workers’ state, where working people, as the overwhelming majority of the population, will rule. The Arab Spring and the huge demonstrations in Israel were the first step down this road. The key to success will be to continue in this direction.