The Way Forward for the Movement in Defense of Public Education 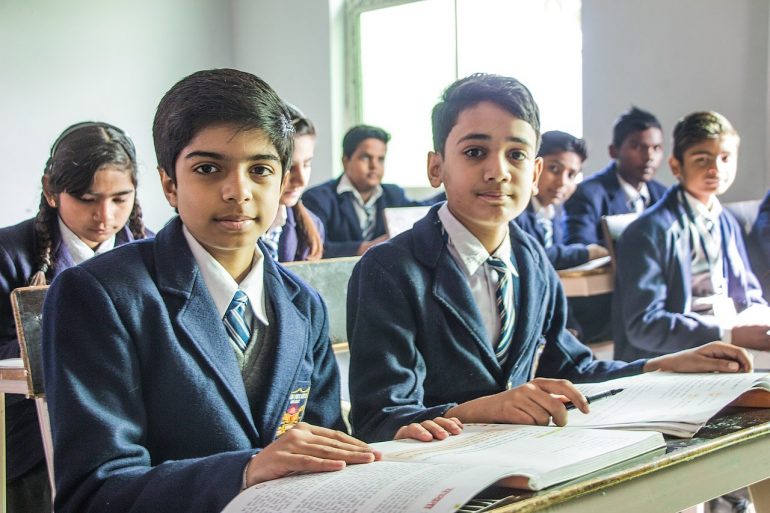 On March 4, students, staff, teachers, faculty and their unions on all levels of public education created history by uniting and pouring out onto the streets to engage in what were overwhelmingly peaceful demonstrations to defend public education. The movement swept through small towns and large cities with demonstrators, including young elementary school students, carrying picket signs while yelling chants expressing their determination to fight back.

A San Francisco Civic Center rally, organized by the California Faculty Association (covering the California State University system), American Federation of Teachers Local 2121 (covering City College of San Francisco) and the United Educators of San Francisco (covering K-12), drew somewhere between 12 to 15,000 participants, far more than many of the organizers anticipated. The rally was also sponsored and built by the San Francisco Labor Council, which called on all its affiliates to support it. The Labor Council’s banner, which was displayed above the stage, set the theme of the rally. It read: “Full funding for Public Education and Social Services. Progressive Taxation Now!”

But as most demonstrators understood, March 4 is just the beginning of the struggle. In fact, public schools in California have been progressively crippled by budget cuts for decades, although the current economic crisis has raised these cuts to disastrous dimensions. The long-term causes of budget shortfalls, however, include the following factors:

Everyone in the movement to defend public education is now raising the question: What next? What steps should the movement take now? We believe that there are certain strategic considerations that must be kept in mind as we debate how to advance.

For example, every level of public education has suffered crippling cuts, not to mention social services on both the city and state levels. But in order to win full funding for any sector, no sector alone is strong enough to prevail. Therefore, we must forge unity, not only on all levels of education, but between education and the social service sectors, in order to build a powerful movement. But in order to ensure that the alliance is strong, the demands of the movement must include solutions for all sectors so that everyone has something to win by participating. And this means that the central demand must focus on taxing the rich and taxing the corporations so that enough revenue can be generated that could cover full funding for public education and for all social services.

This demand must be central for a number of reasons. (1) Workers from one sector will be more eager to support full funding for other working class sectors if they are assured that they themselves will not have to sacrifice in the form of higher taxes. (2) By targeting the rich, the campaign unites the working class by placing its interests in direct opposition to the interests of the rich. (3) Given that working people in fact constitute the majority, this campaign has the potential to win the support of the majority. (4) It makes the goals of the campaign look entirely realistic. The rich are richer than at any other time in history, yet their taxes are at a historic low. They can afford to pay. (5) Multiple polls show that a majority of Americans favor raising taxes on the rich. For example, Bloomberg.com reported (December 10, 2009): “A Bloomberg National Poll conducted Dec. 3-7 shows two-thirds of Americans favor taxing the rich to reduce the deficit.”

And the people of Oregon, by raising taxes on corporations and the rich with a resounding vote, confirmed that this is a popular measure. (6) By going into the streets and raising the demand that taxes on the rich and corporations be raised, the movement will be acting independently of the politicians, rather than relying on them. It is putting public pressure on politicians to do the right thing, not relying on them by quietly writing letters or lobbying, as if the politicians will be swayed by good arguments and ignore all the money that corporations pour into their pockets.

But the movement in defense of public education and social services could still take one more additional step in order to exponentially raise its prospects for success. By linking this movement with the demand for jobs for all, the unions in the private sectors could be drawn into the struggle as well. In fact, in opposition to Obama’s proposal to cut the deficit by cutting entitlements such as Medicare and Social Security, Richard Trumka, President of the AFL-CIO, has already called for the creation of 10 million jobs as a way of solving the federal budget deficit, given that everyone who gets a job will no longer be drawing on unemployment insurance but will be providing income to the government through taxes. And he argued that job-creation programs could be entirely financed by taxing Wall Street.

Again, according to the same Bloomberg poll cited above, Americans support these proposals: “Americans want their government to create jobs through spending on public works, investments in alternative energy or skills training for the jobless. They also want the deficit to come down. And most are ready to hand the bill to the wealthy… [O]nly a little more than one-fourth support an increase in taxes on the middle class. Fewer still back cuts in entitlement programs such as Social Security and Medicare or a new national consumption tax,” Bloomberg reports.

This strategic orientation is consequently centered on uniting the working class and winning the support of the majority, not on encouraging a small minority to engage in extreme tactics that alienate the rest of the class. Of course, this strategy will be rejected by those who have contempt for working people or who do not want to alienate the rich.

Finally, we believe that this movement could immediately take the practical step of supporting the California Democracy Act. Unions could encourage their members to actively petition to get the measure on the ballot. While the Act will certainly not, by itself, solve any of the above-mentioned problems, it would serve to remove a barrier. Currently in the California legislature, a vote of two-thirds is required to pass a budget and raise taxes. This Act would reduce the requirement to a mere majority for both the budget and taxes. Although many Democratic Party clubs in California support this initiative, those who run the party, including John Burton (California Democratic Party Chairman) and Jerry Brown (California Attorney General and now a candidate for governor), do not support it and are promoting a counter proposal that would lower the requirement to pass a budget to a simple majority while maintaining the two-thirds requirement to raise taxes. They, too, have strategic concerns. The Democratic Party gets most of its funding from corporations and the rich. Yet they need working people to vote for them in order to win elections, and for this reason they must speak with a forked tongue. In a recent article discussing the prospects of passing the Employee Free Choice Act, which would greatly facilitate unionizing workers, The New York Times explained how Democrats navigate this dilemma:

“Mr. Miller, Democrat of California, said he had 223 co-sponsors, including three Republicans, meaning the bill had majority support in the House. Mr. Harkin said the bill had 40 co-sponsors in the Senate, down from 46 in the previous Congress. Republican and business strategists said some former co-sponsors [these would be primarily Democrats] felt they had a free pass to back the bill when President Bush appeared likely to veto it. But now that the bill appears to have a real chance of passage, they said, some moderate senators, heavily lobbied by business, are backing off the bill, worried that it might hurt or anger their business constituents.”

In other words, Democrats can pretend that they support measures that would benefit working people as long as they are confident that the measures will not pass. So the two-thirds requirement to raise taxes means that they can vote for raising taxes on corporations and pretend they are the friends of labor even though they do not want the measure to pass.

The California Democracy Act is therefore important, not because it empowers Democrats to pass legislation without compromising with Republicans — in fact, they are eager to compromise — but it removes the veil from their machinations. If this measure passes, the voters will clearly see that Democrats have no interest in raising taxes on the rich or on the corporations. And this in turn will serve to encourage working people not to rely on the Democrats but on themselves and their collective power to change public policy. And in the final analysis, it means that working people will have to think in terms of creating their own political party, a labor party, rather than settling for the few crumbs thrown their way by either corporate party, the Democrats or Republicans.

Dueling Strategies in the Defense of Public Education Part I

The Fight to Save Public Education