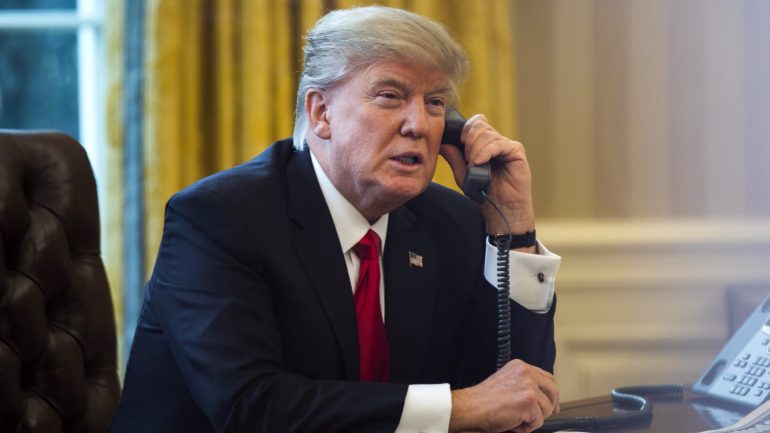 The road to war is paved with a thousand lies. A fresh fib was tossed on the lie-cluttered warpath to Syria, when it was announced that the U.S. and Turkey would create a “safe zone” inside of Syria — supposedly to be aimed against ISIS.

This “safe zone” is a major escalation of war, but it was described in soft tones by the media, sounding almost cuddly. In reality, however, a “safe zone” is a “no-fly zone,” meaning that a nation is planning to implement military air superiority inside the boundaries of another nation. It’s long recognized by the international community and U.S. military personnel as a major act of war. In a war zone an area is made “safe” by destroying anything in it or around that appears threatening.

Turkey has been demanding this no-fly zone from Obama since the Syrian war started. It’s been discussed throughout the conflict and even in recent months, though the intended goal was always the Syrian government.

And suddenly the no-fly zone is happening — right where Turkey always wanted it — but it’s being labeled an “anti-ISIS” safe zone, instead of its proper name: “Anti Kurdish and anti-Syrian government” safe zone.

The U.S. media swallowed the name change without blinking, but many international media outlets knew better.

And The Middle East Eye reported:

“…[the safe zone] marks a breakthrough for Turkey in its confrontation with the Bashar al-Assad government in Syria. If the no-fly zone does come into being it will be a body blow for Assad and his supporters”

Even U.S. media outlets acknowledged that the primary goal of Obama’s safe zone ally, Turkey, was defeating the Kurdish fighters and the Syrian government, both of whom have been the most effective fighters against ISIS.

Syrian regime change is also the goal of the ground troops who will be filling the void left by ISIS, who The New York Times labeled “relatively moderate Syrian insurgents,” a telling euphemism.

The New York Times confirmed the goals of the safe zone allies:

These steps weren’t taken because the “safe zone” plan is much bigger than ISIS.

Obama hasn’t detailed who the “relatively moderate” fighters are that will control the safe zone, but it’s easy to guess. We only have to look at the Syrian rebels on the ground who are effective fighters and control nearby territory.

The most powerful non-ISIS group in the region recently re-branded itself as the “Conquest Army,” a coalition of Islamic extremists led by Jabhat al-Nusra — the official al-Qaeda affiliate — and the group Ahrar al-Sham, whose leader previously stated that his group was “the real al Qaeda.” The Conquest Army actively coordinates with Turkey and Saudi Arabia, and is also populated with U.S.-trained fighters.

These groups share the ideology and tactics of ISIS, the only difference being their willingness to work with the United States and Turkey. It’s entirely likely that once the “safe zone” operation starts, many ISIS troops will simply change shirts and join Jabhat al-Nusra, since there is no principled difference.

Thus, direct military confrontation with the Syrian government is inevitable. President Assad is already attacking ISIS in the area that the U.S.-Turkey alliance wants to make “safe” via its coordinated military operation. Syrian fighter jets will eventually be targeted, since the goal is to allow extremist groups a “safe zone” to continue their attacks on the Syrian government after ISIS is dealt with.

This danger was also acknowledged by The New York Times:

“Whatever the goal, the plan [safe zone] will put American and allied warplanes closer than ever to areas that Syrian aircraft regularly bomb, raising the question of what they will do if Syrian warplanes attack their partners [“relatively moderate rebels”] on the ground.”

The answer is obvious: U.S. and Turkish fighter jets will engage with Syrian aircraft, broadening and deepening the war until the intended aim of regime change has been accomplished.

This is exactly how events developed in Libya, when the U.S.-NATO led a “no-fly zone” that was supposedly created to allow a “humanitarian corridor,” but quickly snowballed into its real goal: regime change and assassination of Libya’s president. This epic war crime is still celebrated by Obama and Hillary Clinton as a “victory,” while Libyans drown in the Mediterranean to escape their once-modern but now obliterated country.

If Obama’s goal in Syria was actually defeating ISIS, this could have been achieved at any time, in a matter of weeks. It would simply take a serious and coordinated effort with U.S. regional allies, while coordinating with the non-allies already fighting ISIS: Syria, Iran, and Hezbollah.

If Turkey, Saudi Arabia, Israel, and Jordan were involved in the fight on ISIS it would be quickly strangled of cash, guns, and troops, and be massively out-powered. War over.

The only reason this hasn’t happened is that the U.S. and its allies have always viewed ISIS as a convenient proxy against Syria, Hezbollah, and Iran, not to mention leverage against the Iran-friendly government of Iraq.

Turkey remains the biggest obstacle to defeating ISIS, since it’s been helping it for years. ISIS has long used the Turkish border to escape Syrian government attacks, seek medical assistance, and get supplies and reinforcements. ISIS is so welcomed inside Turkey that ISIS promotes Turkey on social media as the international transit hub for jihadis wanting to join ISIS. Turkish immigration and customs looks the other way, as does the Turkish border control.

The Obama administration is aware of the above dynamics, but has again tossed caution to the wind as he did in 2013, during the ramp up to its aborted bombing campaign against the Syrian government.

A U.S.-Turkish no-fly zone will deepen an already regional war: Iran and Hezbollah have recently ramped up direct support of the Syrian government. As Turkish and the U.S. military enter the war space for the first time, confrontation is inevitable. Confrontation is the plan.

Can the Establishment Fix Its Bernie Sanders Problem?