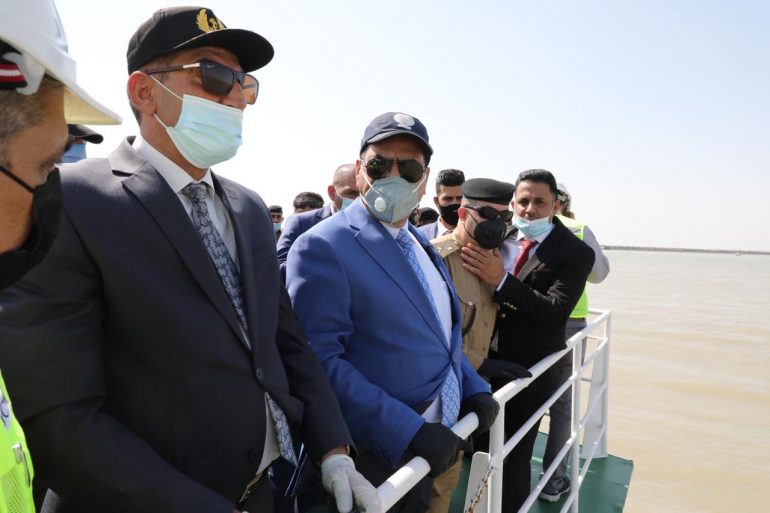 Recent events in Iraq are a tiny foreshadowing of horrors to come. A glance at smoldering Syria reveals Iraq’s fate if current events continue. And while such a crisis demands that something be done, the solutions offered will only expedite Iraq’s descent into a prolonged nightmare.

The rise of the Islamic State of Iraq and Syria (ISIS) should strike terror in the hearts of all Iraqis. Unfortunately, however, there are anti-government groups in Iraq making the same foolish mistakes made by the Syrian opposition: both naively treat ISIS — and other al-Qaeda-type groups — as an ally towards bringing down the government. But ISIS remains the leader of this movement, and an ISIS-led government would be an unnecessary tragedy for all Iraqis.

The marriage between ISIS and the Iraqi opposition will be short, and the divorce brutal. Ultimately the broader Sunni-led opposition desperately needs a progressive vision for the country. Simply being anti-government is a shallow goal if the outcome is ISIS coming to power.

The other main force in Sunni-dominated politics are former Baathists who simply want a return to an Iraq where they received special perks while dominating the Shia population. The legitimate grievances of the broader Iraqi Sunni population have no representation in this fight.

Some argue that because ISIS is so horrific that U.S. military intervention is justified, since it would be an actual case of “humanitarian intervention.”

However, ISIS is a Frankensteinan monster raised by the Gulf state monarchies and aided and abetted by the Obama administration. The exceptional Middle East journalist Patrick Cockburn recently wrote:

Yes, Obama’s bloody fingerprints are all over this unfolding crime, which is why the U.S. cannot be relied on to have any positive impact. The U.S. government is incapable of using foreign policy in a “helpful” way. Indeed, the U.S. government prioritizes “U.S. interests,” which have continually led to the train wreck that is currently the Middle East. Obama’s “humanitarian” help in Syria is what led to the disaster now infecting Iraq.

Any U.S. intervention will also empower ISIS, since the majority of Iraqis want U.S. soldiers out of their country, and more U.S. soldiers will simply push the broader Sunni population into the arms of ISIS.

The Shia religious community of Iraq cannot save Iraq for similar reasons. The greater that the Shia community comes together to face ISIS, the more sectarian ammunition ISIS will have to agitate the broader Sunni community, who would otherwise be repulsed by ISIS’ ideology. The lunatic sectarianism of ISIS cannot be countered by a sectarian response without further dragging the country into chaos.

For similar reasons the Iranians can be no help to the situation. Iran is in many ways the leader of the world’s Shia community, and thus despised by the Sunni extremists leading the revolt in Iraq. Any Iranian intervention only helps ISIS attract more recruits. Iran also has its own geo-political interests, which often prioritize brokering a peace/nuclear deal with the U.S., as Iraq and Syria are used as bargaining chips.

An increasingly popular idea to “save Iraq” among U.S. politicians has the greatest potential to destroy it. The solution of partition seems to be gaining ground, where Iraq will be splintered either into independent nations or autonomous zones, dominated by a Sunni, Shia, and a Kurdish region. The U.S. loves partition because it creates weak, easily exploitable countries, which gives greater power to U.S. allies in the region.

History has shown time and again that re-drawing borders on ethnic-religious grounds creates large scale ethnic-religious cleansing, as the new nation seeks to give its majority population a stronger political mandate by getting rid of minorities.

Those minorities who remain become official second class citizens, since they are not believers in the official faith or lack the state blood of the nation (the official blood of the nation state). The splintering of Yugoslavia and India are especially good examples of how partition kills, while Israel and Saudi Arabia are good models that show the psychopathic discrimination embedded in a nation founded on religion.

Many politicians argue that Iraq’s partition is already complete, and refer to it as “de-facto partition.” So, they argue, why not make the reality official by drawing new boarders and creating new states? But such a move would just be the beginning of even greater conflicts, which will exacerbate ethnic-religious cleansing, intensify the war in Syria and give greater license for similar types of proxy wars toward an even greater disintegration of the Middle East.

All of the above solutions to Iraq’s problems are no solutions at all, and must be met with a truly progressive counter-force. The religious extremists who are working collaboratively with corporate politicians to tear apart the Middle East can’t be defeated by competing religious and business interests.

To fight the ideology of religious-ethnic division that is destroying the Middle East, a countervailing force is required which unites, that has the potential to unify the vast majority of people against the minority of economic-religious elites who pursue this destructive divide and rule strategy.

Sunnis, Shias and Kurds have more in common than differences, but their differences are being preyed upon and exacerbated by religious-corporate elites who profit by maintaining their terrible leadership over these communities.

Unity is possible when common interests are focused on, such as the dignity that all people desire that requires a decent, job, education, housing, health care, etc. A political vision that prioritizes these needs can create a new progressive movement, much like the pan-Arab socialist revolutionary movements that transformed the Middle East in the 1950’s and 60’s. But this means that the U.S. government, with its imperialist interests, must not be allowed to intervene.

The Middle East elites used ethnic and religious divisions and foreign intervention to defeat the pan-Arab movement, but the outcome for the Middle East has been nonstop catastrophe. The Middle East cannot be saved outside of a new ideology of political and economic unity, similar to the principles that drove the revolutionary pan-Arab socialist movement in the past.